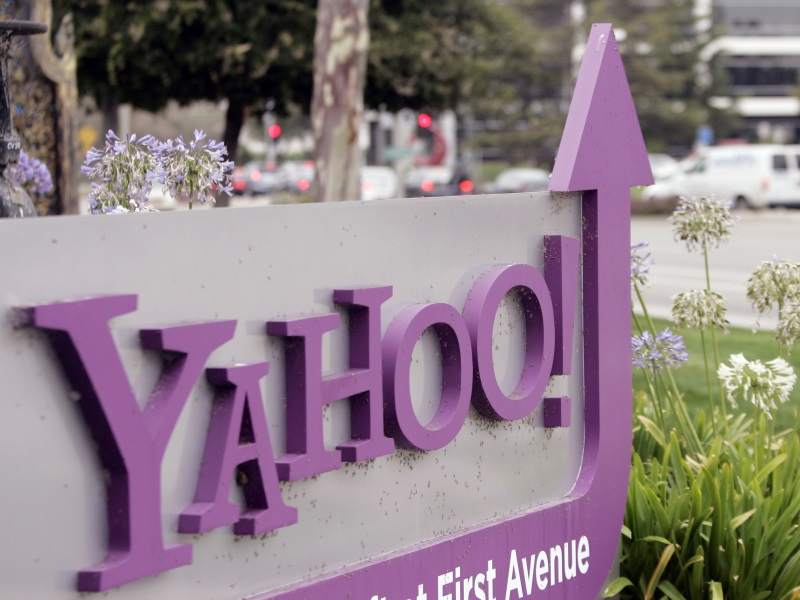 Several major Yahoo Inc shareholders are so concerned the company's core Internet business could fall in value that they want it sold as soon as possible.

The shareholders said they would prefer that than wait for Yahoo to go through with its plan to seek a tax-free spin-off of the operation, which includes Yahoo's sports and news sites as well as its popular email service.

Reuters reviewed a letter sent to the Yahoo board by one major shareholder and spoke to people with knowledge of the views of others with significant stakes.

The investors argue that it would be better to take an additional tax hit now rather than owning shares in a spin-off that may have lost significant value later.

Yahoo's stock has fallen 36 percent over the last year, making investors nervous about the risk of a further big decline.

Some are also concerned that the Internal Revenue Service may challenge the tax-free status, which could leave shareholders with a big tax bill anyway. The IRS helped to kill off a previous Yahoo plan to spinoff its stake in Chinese ecommerce giant Alibaba Group Holding Ltd by declining to issue a ruling endorsing its tax-free nature. That would have left Yahoo vulnerable to an IRS challenge to the status at a later date.

Wrote to board twice
The pressure on Yahoo's management and board has increased since November, when Starboard Value LP, which owned 0.75 percent of Yahoo as of September 30, making it the company's 23rd largest shareholder, called for the sale of the company's main business instead of the Alibaba spinoff.

Yahoo in December abandoned plans to spin off the Alibaba stake and announced it would instead spinoff its other assets, including its stake in Yahoo Japan, into a new company. Now, that new strategy is also being questioned.

Canyon Capital Advisors, the 30th largest shareholder, wrote to the Yahoo board twice in December and demanded that it explore an immediate sale of the company, according to a December 11 letter reviewed by Reuters. Canyon, with a 0.60 percent stake in the company as of September 30, said in one letter that a year is "too long to wait" for a spinoff.

Mason Capital, Yahoo's seventh largest shareholder, is also pushing for an immediate sale, according to people familiar with the matter. Some shareholders have expressed doubts for much of the past year about whether CEO Marissa Mayer has a robust plan to revive the struggling Internet media business.

"I don't think the market's going to give any bump in value as long as the current management is in place," said Eric Jackson, managing director of SpringOwl Asset Management LLC. SpringOwl, which hasn't disclosed the size of its stake, has pushed for Mayer's removal.

These investors criticize Mayer for what they say were a series of ineffective acquisitions and her inability to stem the continued decline in the value of the Internet media business as reasons to replace her. But some analysts have said it is unclear if anyone could have done a better job under the circumstances.

Yahoo hasn't publicly responded to critics and declined to comment for this story.

A person familiar with the matter told Reuters that Mayer has the support of Yahoo's board and will be given time to carry out the spinoff. When the spinoff was announced, Mayer said the company was working on a plan to revitalize the core business that would be announced early this year.

The company has yet to provide details of the plan.

Verizon interest
A person familiar with Starboard's thinking said the activist hedge fund estimates the main operation could be worth around $5 billion to a strategic buyer, with a projected tax bill of around $1 billion (roughly Rs. 6,684 crores), a hit it views as the cost of obtaining maximum value from the division. Another shareholder in the top 10, who did not want to be named, had a slightly lower estimate of the tax hit, of between $400 million (roughly Rs. 2,673 crores) and $800 million (roughly Rs. 5,347 crores), depending on the sale price.

SunTrust analyst Robert Peck said it would be possible to sell the business within "three to six months." Fran Shammo, the chief financial officer of U.S. telecommunications company Verizon Communications Inc, told a media conference in New York in early December that it could be interested, and analysts say media and private equity firms may be as well.

Uncertainty about the tax status of a spinoff is weighing on the investors. "Investors are far from convinced by management's interpretation of the law and the advice they've been given," said Pivot Research analyst Brian Wieser.

In September, the IRS said it will no longer issue so-called "private letter" rulings to companies seeking guidance on the taxable nature of spinoffs before they happen, which means Yahoo will not know if the spinoff meets the criteria to be tax-free until after it occurs.

When asked specifically about Yahoo, IRS spokesman Dean J. Patterson said, "Federal law prohibits the IRS from discussing specific taxpayers." The person familiar with Starboard's thinking says one disastrous scenario would see the value of the Internet business falling for a year while the company fails to get a clear tax ruling.

Another worry: the IRS challenges the spinoff, Yahoo appeals and has to make financial disclosures in court that hurt the stock, and a verdict isn't reached for at least another year, said Don Williamson of American University's Kogod Tax Center.