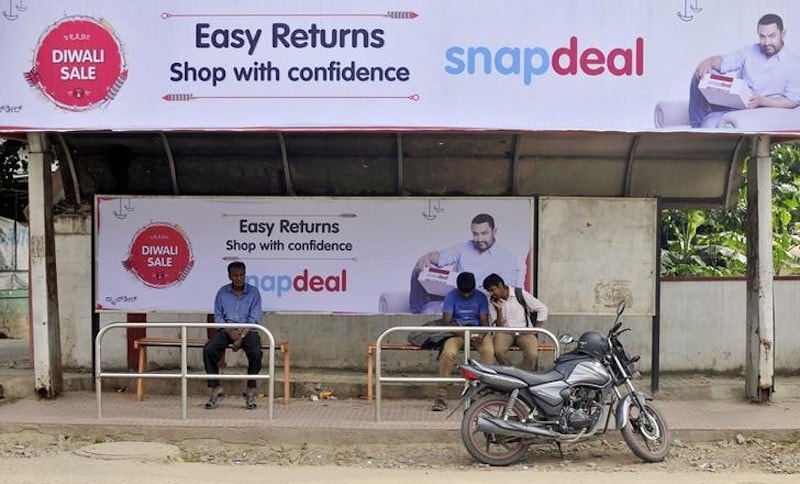 The board of Indian online marketplace Snapdeal has rejected a bid worth $700-$800 million (roughly Rs. 4,532 crores - Rs.5,178 crores) from Flipkart after due diligence by its bigger rival, Mint newspaper reported on Tuesday.

Japan's SoftBank Group, Snapdeal's biggest investor, is looking to sell the firm to Flipkart to secure a stake in India's largest e-commerce player.

The offer by Bengaluru-headquartered Flipkart last week is only for the Snapdeal online marketplace and doesn't include the company's logistics arm Vulcan Express or its digital payments unit FreeCharge, Mint said quoting three anonymous sources.

SoftBank declined comment while Snapdeal, its shareholders Nexus Venture Partners and Kalaari Capital, and Flipkart were not immediately available for comment.

Snapdeal has been expected to fetch at least $1 billion (roughly Rs. 6,474 crores) from its sale to Flipkart.

Negotiations between the two companies will continue, a person familiar with the matter told Reuters.

Flipkart did not give any reason for "knocking down" Snapdeal's valuation, the source added.

As part of the proposed transaction, SoftBank would invest about $1 billion in Flipkart through a direct cash infusion and by buying equity stakes in its investors such as Tiger Global, according to sources.