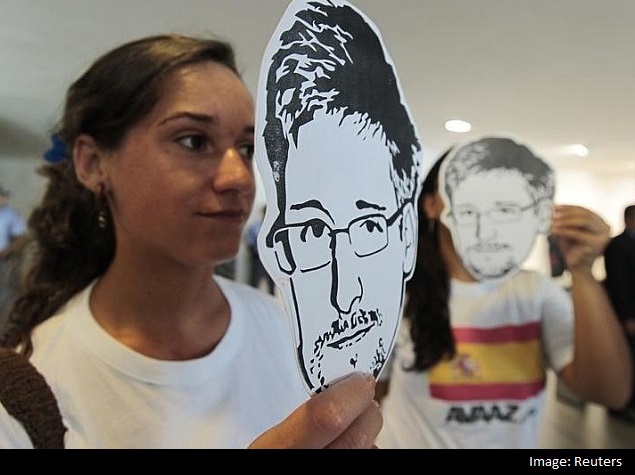 The newly installed director of the National Security Agency says that while he has seen some terrorist groups alter their communications to avoid surveillance techniques revealed by Edward J. Snowden, the damage done overall by a year of revelations does not lead him to the conclusion that "the sky is falling."

In an hourlong interview Friday in his office Fort Meade at the heart of the country's electronic eavesdropping and cyber operations, Adm. Michael S. Rogers, who has now run the beleaguered spy agency and the military's Cyber Command for just short of three months, described the series of steps he was taking to ensure that no one could download the trove of data that Snowden gathered - more than 1 million documents.

But he cautioned that there was no perfect protection against a dedicated insider with access to the agency's networks.

"Am I ever going to sit here and say as the director that with 100 percent certainty no one can compromise our systems from the inside?" he asked. "Nope. Because I don't believe that in the long run."

The crucial change, he said, is to "ensure that the volume" of data taken by Snowden, a former agency contractor, "can't be stolen again." But the Defense Department, of which the security agency and Cyber Command are a part, made the same vow in 2010, after an Army private, Chelsea Manning, downloaded hundreds of thousands of secret State Department and Pentagon files and released them to WikiLeaks.

Notable in his comments was an absence of alarmism about the long-term effects of the Snowden revelations. Like former Secretary of Defense Robert M. Gates, who urged colleagues in the Obama administration to calm down about the WikiLeaks revelations in 2010, Rogers seemed to suggest that, as technology progressed, the agency would find new ways to compensate for the damage done, however regrettable the leaks.

He repeated past warnings that the agency had overheard terrorist groups "specifically referencing data detailed" by Snowden's revelations. "I have seen groups not only talk about making changes, I have seen them make changes," he said.

But he then added: "You have not heard me as the director say, 'Oh, my God, the sky is falling.' I am trying to be very specific and very measured in my characterizations."

His tone was in contrast to that of some politicians and intelligence professionals, including his immediate predecessor, Gen. Keith B. Alexander, who described in stark terms the risks to U.S. and allied national security from the revelations, calling it "the greatest damage to our combined nations' intelligence systems that we have ever suffered."

Rogers discussed his vision of how the United States might use cyberweapons against adversaries - a subject of debate inside the administration that U.S. officials rarely discuss in public - saying he could imagine a day when, under strict rules of armed conflict, they were used selectively but as part of ordinary military operations, like cruise missiles and drones.

He also acknowledged that the quiet working relationships between the security agency and the nation's telecommunications and high technology firms had been sharply changed by the Snowden disclosures - and might never return to what they once were in an era when the relationships were enveloped in secrecy.

Telecommunications businesses like AT&T and Verizon, and social media companies, now insist that "you are going to have to compel us," Rogers said, to turn over data so that they can demonstrate to foreign customers that they do not voluntarily cooperate. And some are far more reluctant to help when asked to provide information about foreigners who are communicating on their networks abroad. It is a gray area in the law in which U.S. courts have no jurisdiction; instead the agency relied on the cooperation of U.S.-based companies.

Last week, Verizon lost a longstanding contract to run many of the telecommunications services for the German government. Germany declared that the revelations of "ties revealed between foreign intelligence agencies and firms" showed that it needed to rely on domestic providers.

Google has announced steps to seal gaps in its system that the security agency exploited to gain access to the company's databases. Microsoft is challenging in court the validity of warrants to turn over data that it stores outside the United States.

"I understand why we are where we are," said Rogers, the first career cryptologist to run the country's code-breaking and code-making agency, and a former commander of the Navy's Fleet Cyber Command. "I don't waste a lot of time saying, 'Why wouldn't you want to work with us?'"

Rogers said the majority of corporations that had long given the agency its technological edge and global reach were still working with it, although they had no interest in advertising the fact. He was unapologetic about the agency's past activities, even as he said he recognized that unlike his predecessors for the past six decades he was going to have to engage "in a public dialogue" about how the agency operated.

When asked about the changes the agency had made to prevent another insider attack like the one Snowden executed without detection - including a "two-man rule" that would require two systems operators to enter codes to gain access to sensitive data, much as two officers must enter codes to launch nuclear weapons - he refused to say whether he had embraced one major recommendation of a presidential commission on the agency's operations.

The commission, which issued a public report in December, said it was surprised that the agency did not encrypt the vast databases of information it stores on its computers and in the Internet cloud. Had it encrypted that information, the files Snowden downloaded would have been unreadable, unless he also had the cryptologic key.

In discussing the post-Snowden changes, Rogers said the security agency had received instructions to cease its monitoring of a number of world leaders beyond Chancellor Angela Merkel of Germany, whose cellphone was monitored in a decade-long operation that President Barack Obama halted.

"There are some specific targets where we've been instructed, 'Hey, don't collect against them anymore,'" he said. He declined to say how many beyond noting, "Probably more than half-a-dozen, but not in the hundreds by any means."

Rogers has taken command of the agency just as its power to collect and retain "telephone metadata" - the records of numbers dialed and the duration of calls - is being stripped from the agency. Obama defended the program last summer, after the initial round of revelations. But he had a change of heart, fueled by his commission's conclusion that it could not find a case in which the program had definitively halted a potential terrorist attack.

Obama ultimately decided to cease the government collection of the data, putting it into the hands of a third party and requiring an individual warrant from the Foreign Intelligence Surveillance Court to obtain the data.

Rogers indicated that system, so long resisted by the security agency, was workable.

"I am not going to jump up and down and say, 'I have to have access to that data in minutes and hours,'" he said. "The flip side is that I don't want to take weeks and months to get to the data."

The House passed a bill that would keep the data in the hands of telecommunications businesses; the Senate has yet to act.

"Clearly the intention," he said, is to get the security agency "out of the data-retention business" for domestic calling records.