Sharks Use Earth's Magnetic Field Like GPS to Navigate Oceans 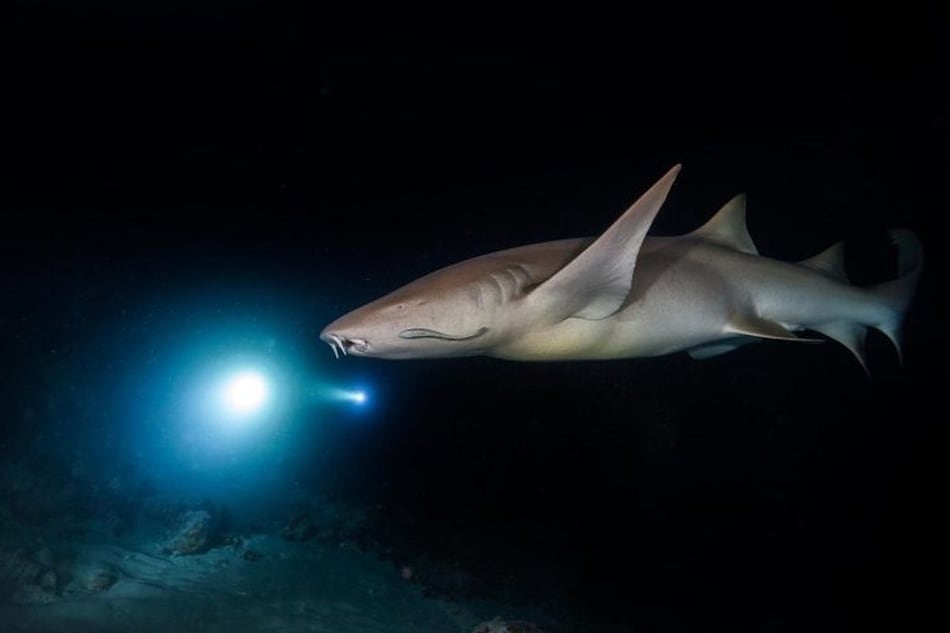 How do sharks navigate through the deep, dark world under the seas? Scientists now say they have the very first evidence which shows that sharks use Earth's magnetic fields like a GPS to move across seas and oceans. There are no “street lights” or physical barriers to guide them during their long-distance voyages and migrations. Yet they appear to identify and reach their destinations thousands of kilometres away with precision. Saying that navigating through a three-dimensional ocean is one of the most impressive feats of evolution, the researchers said there is a possibility that sharks use their electrosensory organs to read Earth's magnetic field like a map or atlas.

Published in the latest issue of Current Biology journal, the research tested the previously unverified theory that sharks used magnetic fields to navigate. For this, they focussed on sharks that were smaller. The researchers also tried to identify the shark species known to return to specific locations every year. Save Our Seas Foundation project leader Bryan Keller, who did the research at a Florida lab, decided to study wild-caught bonnetheads (Sphyrna tiburo).

Keller told SciTechDaily that the bonnetheads' behaviour to return “home” every year showed that they know where the home was. Keller and his colleagues used magnetic displacement experiments to test 20 small bonnetheads.

They built an apparatus that created specific magnetic conditions that the sharks could encounter in the ocean. Their effort was to see the navigational orientation of these sharks based on the strength and angle of the artificial magnetic field. If they oriented themselves in a way the researchers predicted that would be an indication that they were using the magnetic field to locate their position on Earth and figure out the direction to swim.

The researchers used different magnetic fields. The bonnetheads didn't elicit much response to the magnetic fields that mimicked their home area or the one they would find along their normal home-bound trajectory. But when they were exposed to a magnetic field that was 600km south to their route to home, they consistently tried to orient themselves and to the northern direction with their heads.

The researchers believe their finding will give a better understanding of how sharks migrate in the vast oceans and how the marine technologies deployed by humans might affect them.