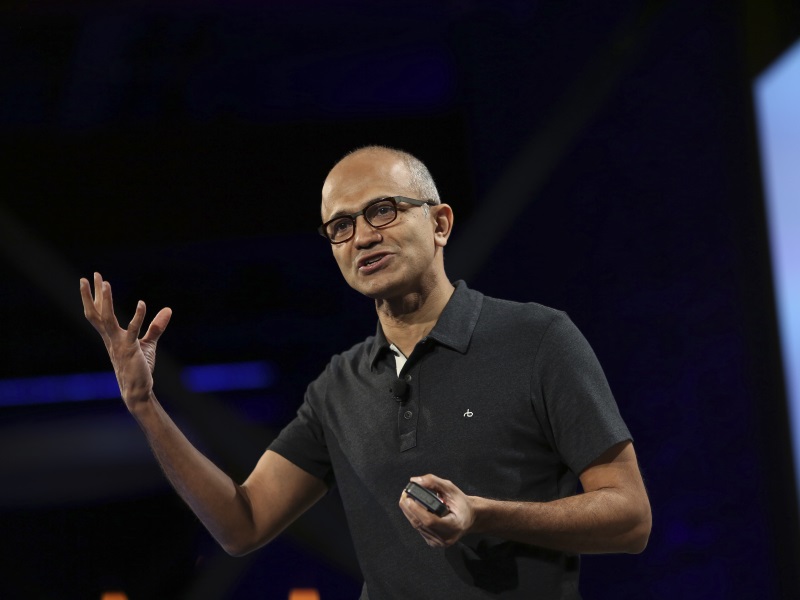 The Andhra Pradesh government will sign a MoU with software giant Microsoft on Monday to work towards establishing a technologically advanced and knowledge-based economy.

Under the MoU, Microsoft will support Andhra Pradesh in building of up to three proof-of-concept (POC) solutions in the fields of education, agriculture and eCitizen services. The government will utilise Microsoft's Azure Machine Learning and Advanced Visualisation lab technology for predictive analytics. This technology will act as a major catalyst for achieving sustainable doubt-digit growth and better public services, said a statement from the chief minister's office.

Meanwhile, Microsoft has also offered assistance in cloud technology and will provide training to the government officials for the better functioning in agriculture, education and citizen services.

Nadella, who is visiting the home town to attend a family function, will also visit T-Hub, billed as India's largest technology incubator developed by the Telangana government.

He will be taken around the facility, where he will also addressed budding entrepreneurs. Telangana's IT Minister K. Tarakarama Rao and other officials will brief him about the T-Hub, launched last month.

At the request of Microsoft CEO, the state government is organising the event at low key. The government has also dropped its earlier plans to release the IT policy on the occasion.

The IT minister had earlier said that Nadella will unveil IT, innovation, gaming and animation and hardware policies.

This will be Nadella's second visit to the city where he grew up, after taking over as the head of the global software giant last year.

Tarakarama Rao had also called on Nadella during his own visit to the US in May this year.

Microsoft has its India Development Centre here since 1998. It is the largest facility of Microsoft outside its headquarters in Redmond, US.

But there was no word if Nadella will be visiting the development centre.