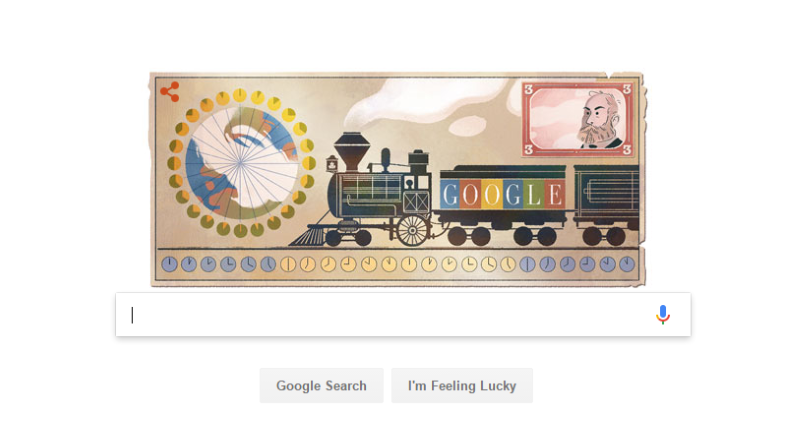 Google has honoured Sandford Fleming, a Canadian inventor and engineer of Scottish birth known for his invention of worldwide standard time, with a doodle.

"Today's doodle reflects Fleming's legacy on this, the 190th anniversary of his birth," Google said in a statement on Saturday.

It is widely believed that Sandford Fleming missing a train in Ireland due to a mistake printed in a timetable ultimately led to his brilliant idea that altered time as we know it.

Sandford Fleming was born in Kirkcaldy, Scotland, in 1827. This was a period when regions used solar time to set their own clocks.

Solar time worked well enough until trains came along and the need for standardised time arose.

Following his missed train in 1876, Sandford Fleming proposed a worldwide standard time at a meeting of the Royal Canadian Institute on February, 8, 1879.

Sandford Fleming advocated for dividing the world into 24 time zones beginning at the Greenwich Meridian and spaced at 15 degree intervals.

His proposal gave way to the International Prime Meridian Conference which convened in 1884 and was attended by 25 nations.

It was here that Sandford Fleming's system of international standard time was adopted.