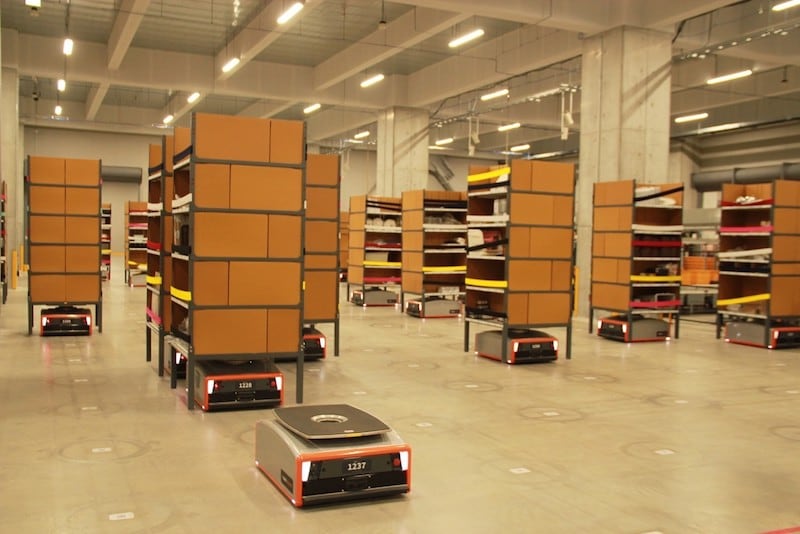 GreyOrange, a Singapore-based robotics company that makes its robots in India, is now setting up shop in the USA. GreyOrange’s robots are primarily deployed at warehouses, like those owned by online shopping companies such as Flipkart, for creating and sorting packages before they’re shipped. The company says it will deploy 740 robots in Atlanta, US, and also start a research facility in Boston.

Meet the Robots That Sort Your E-commerce Packages

GreyOrange plans to deploy 20,000 more robots in the next three years in the US. The Boston facility will allow the company to keep its R&D efforts on track. Its robots are now capable of recognising different items from the inventory, picking them, and sorting them into various packages. GreyOrange’s co-founder Akash Gupta told Gadgets 360 that the newer robots can even start working without scanning the barcode.

Gupta says the company’s software allows it to customise robots for various use cases. From picking the correct product in a complex category such as apparel, where two different items can look similar, to ensuring that it’s packed and sorted correctly in a massive warehouse, GreyOrange claims that its robots can handle all of this.

The company still makes its robots in India and ships them to its clients globally, but it plans to set up a manufacturing facility in the US too. The company has a presence in the Asia-Pacific and European markets, and with this expansion, it steps into North America as well. While the cost of these robots is not public, the company says the return on investment has a pretty short time frame. In the US, for instance, GreyOrange claims that it’s robots will provide a positive ROI within a year, while that number is up to four years in India due to the low cost of labour.