Roblox Is Down, Says the Cause Is an Internal Issue

Roblox went down on Friday night, and as of Sunday night had not been restored. 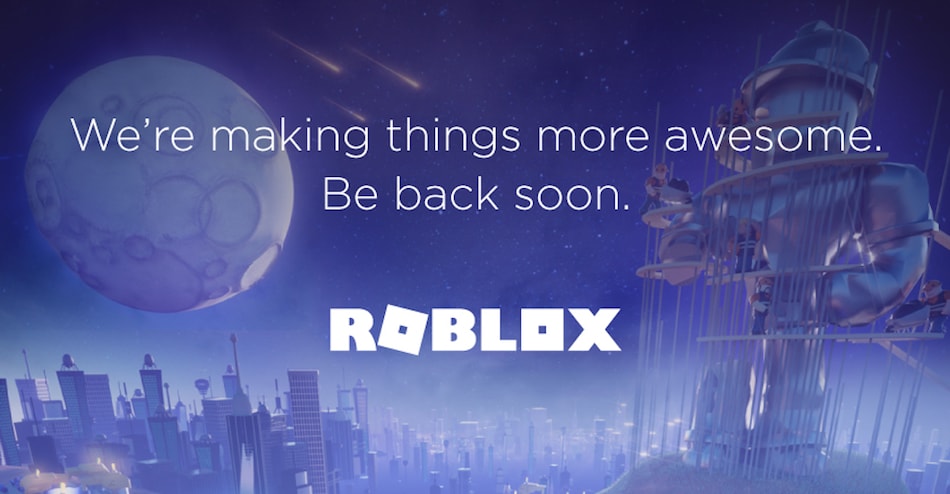 Roblox has over 40 million users worldwide

Popular gaming app and platform Roblox has been down since Friday night, and while there was initially some speculation about an external attack the company confirmed that the outage is due to an internal issue and that it is carrying out the necessary maintenance work to get Roblox up and running again. The company posted on Twitter on Friday night to acknowledge the outage, and early on Saturday confirmed that the outage was not related to any specific experiences or partnerships on the platform.

The reason that Roblox had to tweet this clarification was because some players started to speculate that the outage had something to do with a partnership that Roblox had entered into with the popular American fast-food chain, Chipotle. The chain is giving away $1 million (just under Rs. 7.5 crore) worth of free burritos on Roblox as part of Halloween event in the game, which went live just before the Roblox outage.

On Sunday, Roblox was still down, and the company posted that it had identified the underlying cause, and was working to fix it as quickly as possible. "We're in the process of performing the necessary engineering and maintenance work to get Roblox back up and running ASAP," Roblox tweeted.

We believe we have identified an underlying internal cause of the outage. We're in the process of performing the necessary engineering and maintenance work to get Roblox back up and running ASAP. Thanks for your patience.

According to Roblox's status page, the service is still facing disruption with a "Major Player Drop", although the latest update says that it has identified the problem.

Roblox is a massive global platform (according to Statista, Roblox had 43.2 million users in Q2 2021) but many of these users being children and teenagers. Despite being a massive platform that anyone under 18 is probably familiar with, it sometimes flies under the radar compared to more high profile games like Fortnite or PUBG Mobile. According to a recent report by Sensor Tower, Roblox was number five in consumer spending worldwide on the App Store.

Roblox is more a platform than a game, which allows users to create their own games and explore the ones that other people have made. That means that what Roblox is keeps changing continuously. Users are continuously creating new experiences and these can also be monetised through an in-game currency called Robux.

Developers can create entire games, and monetise them through Robux, which can be withdrawn for real money (as long as they have over 100,000 Roux in their account). As a result, there is a thriving ecosystem around Roblox, from developers that are creating highly detailed experiences to kids who are slapping together a party room for their friends.

Best Deals on Vacuum Cleaners for Home, from Dyson to Elgood