Reddit is exploring a new way to make its front page more relevant to its readers. The social aggregation and discussion website is testing tailored home pages based on a reader's location in select places, Gadgets 360 spotted on Wednesday. The company has confirmed to us that it is indeed testing "geo popular" home pages.

As part of the test, readers in Australia, Canada, India, Ireland, Mexico, New Zealand, and United Kingdom could see a banner when they visit Reddit.com informing them of the new home page. It's unclear if registered and signed in users are also a part of the experiment.

Testing from India, in one case we found several stories from r/India and r/cricket (no surprise given the sport's popularity in the country) subreddits populate the home page. Reddit is also letting people switch the home page to any of the aforementioned country's home pages. Users also have the option to switch to the global - universal - home page. 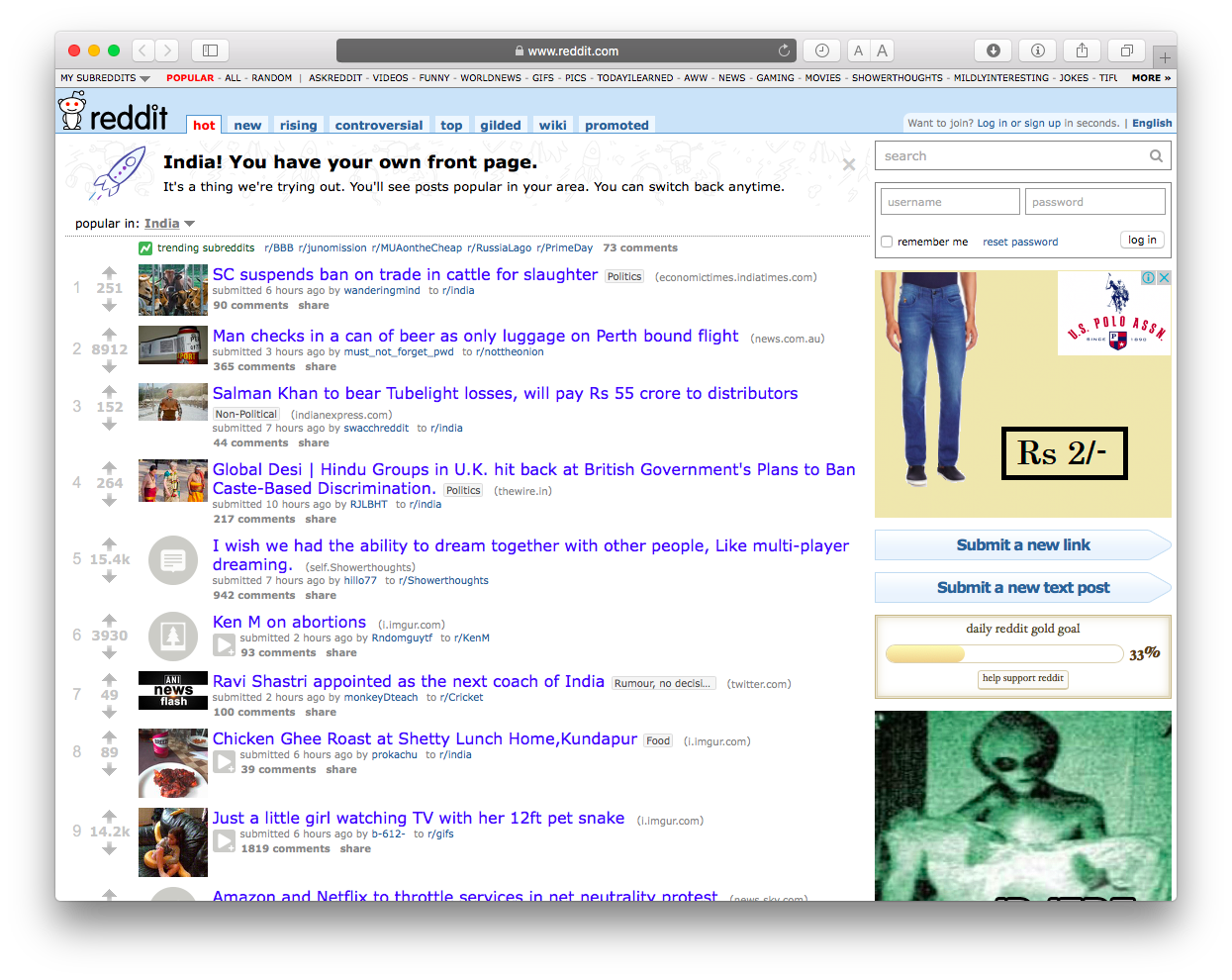 In a statement, a Reddit spokesperson told Gadgets 360, "We've been testing new geo-based popular feeds as a way to surface more relevant content to users based on their location," reserving any timeframe for when - and if - Reddit plans to roll-out this feature to all its users.

"We'll be adjusting as we receive feedback from users," the spokesperson added, reaffirming that users will be "able to toggle locations to see popular posts in other geographical areas or globally."

An analyst welcomed the move and said tailored homepage would appeal more to a reader.

"I'd say that simply put, Reddit on a global basis is always likely to skew towards the US content, e.g. right now the front page of Reddit.com has two stories about US politics at the top. But those aren't necessarily the stories site visitors from Mexico or the UK want to see first, so showing them more relevant content makes a ton of sense," Jan Dawson, chief analyst and founder at Jackdaw Research told Gadgets 360.

"Google, major news websites, and plenty of other sites already show local versions of their home pages in different countries and regions, so Reddit is just following a longstanding trend here. It's smart, though, to give users the option of viewing a different version of the site too - some visitors may explicitly want to see the US version (or some other version)," he added.