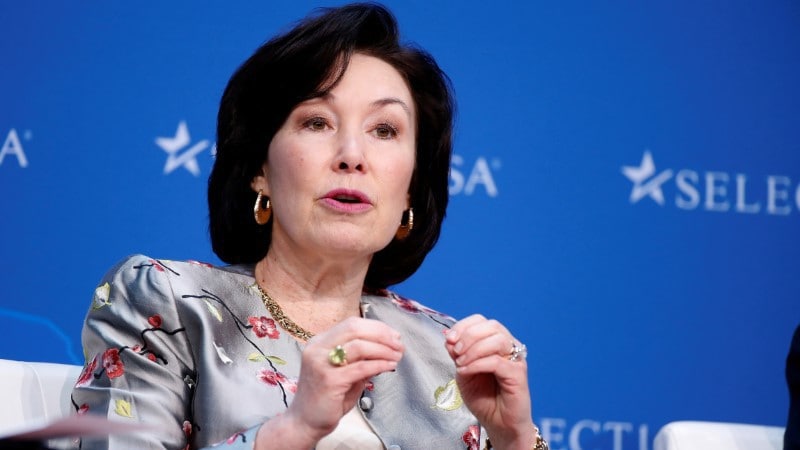 Oracle Corp co-CEO Safra Catz said on Monday she expected an acceleration in the company's cloud business after the software maker last month reported sales from this business that fell short of Wall Street forecasts.

Catz told reporters in Tel Aviv that the company's cloud business was impacted by a new model made available to customers three quarters ago that resulted in much higher than projected licence growth.

"That makes the appearance of a lower number (for the cloud business) even though money is actually coming into another bucket," Catz said.

"As this evens out I think we are going to start seeing cloud acceleration again that is very significant but I don't want to time that right now."

A late entrant into the rapidly growing cloud-based software business, Oracle has aggressively stepped up efforts to play catch up with rivals such as Amazon.com Inc, Microsoft Corp and Salesforce.com Inc.

The Israeli born-Catz said she recently discussed with US President Donald Trump the Department of Defence's cloud computing plans.

"I talked to him about what commercial customers are doing in their move to the cloud and what I understand the Pentagon's plan was to have one cloud," she said.

US media have reported that the Pentagon is set to award a multi-billion dollar cloud computing contract to Amazon.

Catz said Trump was very confident the Pentagon would have a fair review, adding, "I'm sure that they will".

Earlier this month, Trump said he would take a serious look at policies to address what he says are the unfair business advantages of online retailer Amazon.