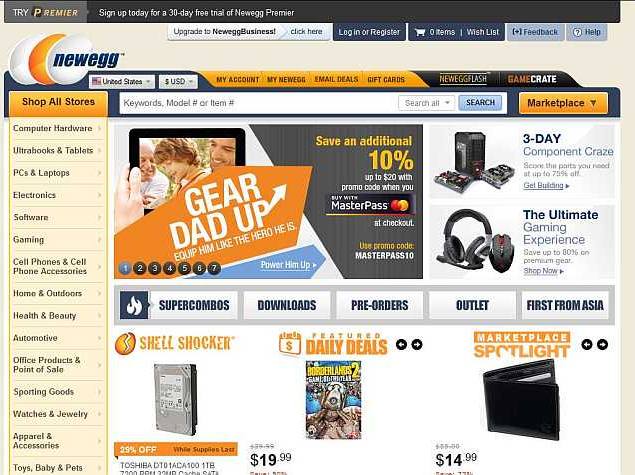 On Thursday at Computex 2014, California-based online retailer Newegg's CMO Soren Mills announced that the company will be expanding its business to six more countries - India, Ireland, New Zealand, Poland, Singapore and the Netherlands. The online retailer currently operates in the US, UK, Canada, Australia and China.

The expansion by Newegg is a part of 'blueprint for global success' that it unveiled at Computex roundtable event. The company also announced its partnership with Colorful Group's portfolio of PC hardware components to expand global distribution.

"We are honored to join forces with Colorful Group to bring its high-quality products to new customers. Colorful Group is a market leader in Asian markets and we look forward to expanding that presence to the US and beyond," said Mills at a press conference in Computex.

Notably, the company had to shut its previous venture in Malaysia last year in December, claiming it was handled by a third-party vendor and didn't meet the Newegg's expectations.

Newegg specialises in selling hardware components and electronic goods at attractive prices. Coming to India means that the company will take on existing e-commerce giants like Flipkart and Amazon India.

Notably, Indian government is reportedly likely to announce FDI (foreign direct investment) in e-commerce sector as early as next month. The move will help global online retailers like Newegg to come and setup directly on a big scale.

The US-based online retail giant Amazon had made its first foray into India in 2012 with the launch of a small shopping search portal, Junglee.com. However the online retail giant took over completely with its Indian version Amazon India in June last year, using a marketplace model to connect buyers with sellers.
Comments