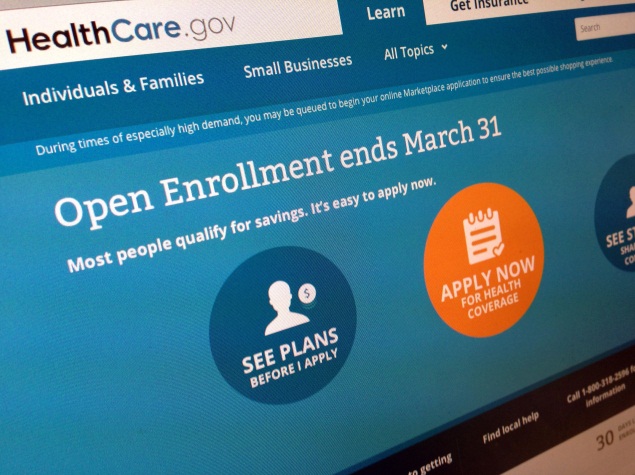 More than six million Americans had registered for health insurance under US President Barack Obama's reform by Thursday, fewer than initially hoped but in line with revised projections.

Obama announced the numbers in a telephone call from Italy to health care officials and volunteers, the White House said, marking a surge in enrollments before a March 31 deadline.

The figure exceeds the revised estimate of six million put forward last month by the Congressional Budget Office, which had downgraded its previous sign-up prediction of seven million after a problem-plagued debut for the "Obamacare" federal website.

The online portal allows consumers to shop for plans and register online. The first months of the program, which launched October 1, suffered from disastrous technical glitches which have since been fixed.

Obama's approval rating has been hard hit by his unpopular health care reform, and Republican candidates have seized on Obamacare as perhaps the key campaign issue of the 2014 mid-term elections.

The controversial new law, opposed by Republican lawmakers as a drastic intrusion of big government into the lives of ordinary citizens, requires most Americans to have health insurance or pay a fine.

But the president has gone on a full-court press in recent weeks to boost enrollment numbers particularly among young adults.

Uninsured Americans must begin the sign-up process by March 31, and complete it by April 15, to avoid the penalty.

Officials cited what they described as high volume Web visits and phone calls to sign-up help centers as evidence Americans were eager to register now that kinks have been ironed out.

"The president encouraged the navigators and volunteers to redouble their efforts over the next four days and leave no stone unturned in trying to bring affordable health coverage to as many Americans as possible by the March 31 deadline," the White House official said.