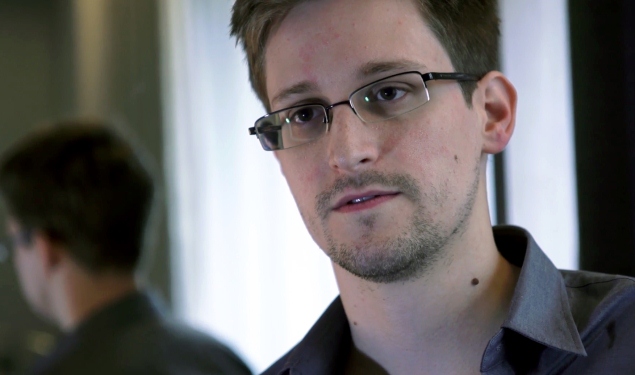 The head of the National Security Agency said on Wednesday that extensive US surveillance efforts had helped stop "dozens" of possible attacks, and warned that making details of the top-secret programs public had compromised national security.

In his first appearance before Congress since an NSA contractor lifted the veil on the agency's broad monitoring of phone and internet data, General Keith Alexander defended the program as an essential tool in the fight against terrorism.

"It's dozens of terrorist events that these have helped prevent," the NSA director told a US Senate committee. "Both here and abroad, in disrupting or contributing to the disruption of terrorist attacks."

Relying on documents from NSA contractor Edward Snowden, Britain's Guardian newspaper and the Washington Post revealed last week the vast US government effort to monitor phone and internet data at big companies such as Google and Facebook.

Alexander said the disclosures, which have sparked a criminal investigation and an internal Obama administration review of the potential national security damage, had jeopardized safety in the United States and elsewhere.

"Great harm has already been done by opening this up," Alexander said. "There is no doubt in my mind that we will lose capabilities as a result of this and that not only the United States but those allies that we have helped will no longer be as safe as they were two weeks ago."

A Reuters/Ipsos poll released on Wednesday found that 31 percent of Americans saw Snowden as a patriot for leaking details of the programs, more than the 23 percent who viewed him as a traitor. Forty-six percent said they did not know.

Snowden, who traveled to China-ruled Hong Kong before the program was made public, said in an interview published on Wednesday that he planned to stay in the former British colony and fight any effort to bring him back to the United States for criminal proceedings.

"I am not here to hide from justice. I am here to reveal criminality," Snowden told the South China Morning Post, an English-language newspaper in Hong Kong.

"My intention is to ask the courts and people of Hong Kong to decide my fate," Snowden said. "I have had many opportunities to flee Hong Kong, but I would rather stay and fight the United States government in the courts, because I have faith in Hong Kong's rule of law."

Snowden, who had been working at an NSA facility as an employee of Booz Allen Hamilton , has drawn a mix of condemnation and praise for the revelations. He told the Hong Kong newspaper: "I'm neither traitor nor hero. I'm an American."

Striking a balance
The controversy over the program has renewed the debate about the balance between privacy rights and security concerns in the United States in the aftermath of the September 11, 2001, attacks. Alexander said the NSA operated with that balance in mind.

"I want the American people to know that we're trying to be transparent here and protect civil liberties and privacy but also the security of this country," he said at the Senate Appropriations Committee hearing on the cybersecurity budget.

But he added, "I would rather take a public beating and people think I'm hiding something, than jeopardize the security of this country."

"This is not us doing something under the covers," Alexander said. "We want to tell you what we're doing, and tell you that it's right, and let the American people see this."

Alexander promised to make details of the thwarted attacks available to the public within the next week. Officials said last week the email surveillance program played a role in foiling a 2009 Islamist militant plot to bomb the New York City subway system.

Some members of Congress and advocacy groups have pushed for tighter controls on the surveillance, which is subject to authorization by secret court orders.

A bipartisan group of lawmakers asked on Wednesday for a probe of the programs by the Privacy and Civil Liberties Oversight Board, created after the September 11 attacks to oversee issues involving civil liberties. Alexander said the agency would cooperate with any board investigation.

"It's very, very difficult to have a transparent debate about secret programs, approved by a secret court issuing secret court orders based on secret interpretations of law," Democratic Senator Tom Udall of New Mexico said.

Senators at the hearing wondered why Snowden, who had a spotty educational record and a relative lack of experience in the national security field, was able to gain a top-secret clearance and access to such sensitive information.

"I do have concerns about that," Alexander said. "In the IT area, some of these folks have tremendous skills to operate networks. He had great skills in this area."

Little is known about Snowden, who did not leave much of a digital trail on the Internet and was not active under his own name on social media sites like Facebook or Twitter. In 2002, he worked for a Japanese anime company run by friends and went by the nicknames "The True HOOHA" and "Phish."

Snowden said in his interview that the NSA had been hacking computers in Hong Kong and mainland China since 2009, with targets including public officials, businesses and students in the city as well as the Chinese University of Hong Kong.

He counted more than 61,000 computer hacking operations globally, including hundreds of targets in Hong Kong and mainland China, the newspaper said.

"We hack network backbones - like huge Internet routers, basically - that give us access to the communications of hundreds of thousands of computers without having to hack every single one," Snowden said.

Snowden said he believed the United States was putting pressure on the Hong Kong government to extradite him.

The 29-year-old said he had not contacted his family or his girlfriend since he revealed himself as the source of the leaks earlier this week.