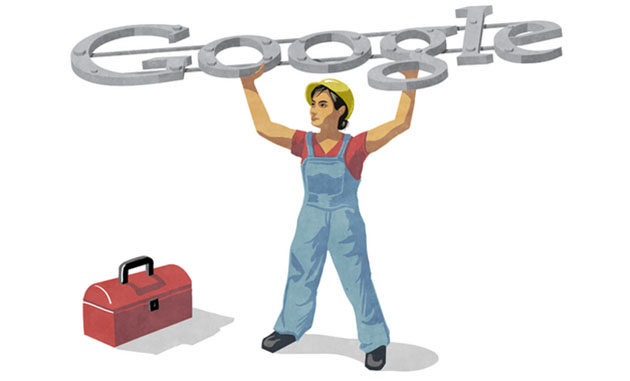 Highlights
It's Labour Day today and as usual Google has a doodle for the day, but you won't find it on the Google India homepage, as the company has given Indians a miss. This May Day doodle is currently present on Russian, China (Hong Kong), Bahrain and Philippines sites of the search giant.

You can visit google.ru, google.co.hk, google.com.bh and google.ph to view this doodle. For those of you, who were either sleeping or bunked the history class, here is a quick background on May Day.

Labor Day or Labour Day is an annual holiday to celebrate the economic and social achievements of the workers. It is not celebrated on May 1 in every country as they have their own days to honour the labourers, like on the first Monday of September in the United States and Canada.

Today's Google doodle shows a female worker lifting the metallic Google logo with her tool-box lying in the background.