The creators will auction the video on May 22 because that’s the day it completes 14 years of being uploaded on YouTube. 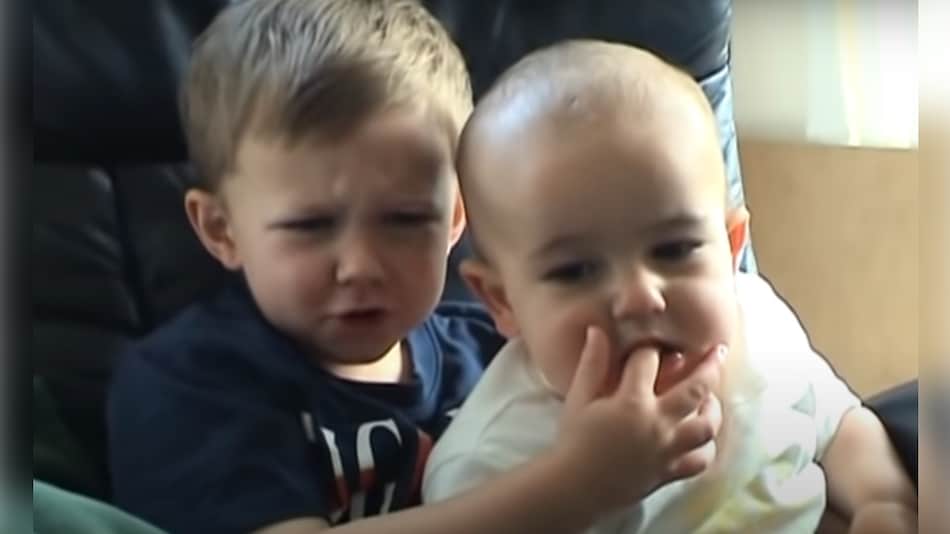 “Charlie Bit My Finger,” the viral YouTube video that features two boys where the younger one bites the index finger of the elder one twice, is being auctioned by its creators as an NFT (non-fungible token). And that's not it. The original video, posted on YouTube, one of the most-watched ones with nearly 880 million views, will be taken down after completion of the auction process. And the creators have chosen a special occasion too — May 22 — for the auction. On that day, it will be 14 years since the video was uploaded on YouTube.

In the hilarious 56-second video, Harry (the elder boy) and Charlie (the younger), who are now 17 and 15, respectively, are seen sitting on a sofa. Charlie bites Harry's finger and he laughs and says, "Charlie bit my finger." A few seconds later, he once again offers Charlie his finger and the latter bites it again, this time with a bit more pressure than Harry anticipated.

The auction will take place on Origin Protocol, a platform dedicated to NFT sales. The winner will also get a chance to shoot a parody of the video with the original stars, Harry and Charlie.

On Sunday, May 23, 2021, the original viral video, Charlie Bit My Finger, will be taken off of @YouTube and auctioned to the highest bidder on Origin's NFT launchpad. One winner will own a piece of internet history.

How the duo shot to fame

The video, according to information available on the official auction website, went viral and captured the hearts of people all over the internet. The family says it was shot as a part of catching random moments while the two boys were growing up. And while they had posted it on YouTube only for friends and family to watch, the video went viral in no time, also becoming the most-watched viral clip on the platform.

"Charlie Bit My Finger has been a huge part of the Davies-Carr family's lives for the past 14 years, and they are excited to welcome others to become a part of their story," reads the note. "This is not the end of the beloved video, but rather a new beginning."

Most recently, ‘Disaster Girl' Zoe Roth, famous as the little girl smiling while a house in the background burned in a popular Internet meme, made almost $500,000 (roughly Rs. 3.7 crores) by selling an original copy of the meme as an NFT. The picture clicked in 2005 shows a four-year-old Zoe Roth standing in the foreground, smirking almost devilishly while a house appeared to be on fire in the background. Roth went on to become one of the most viral meme faces on the internet. No matter what the tragedy, the “disaster girl,” as she is referred to now, was seen everywhere.

Before Roth, it was Seth Phillips — the man who stands with signboards protesting against relatable issues — who decided to convert some of his works into a collection of NFTs and auction them. His unique Instagram account (@Dudewithsign) that has photos of him standing with these funny, relatable placards about annoying day-to-day problems has piqued the attention of many users online. So, Phillips, who has over 7.5 million followers on Instagram, decided to make the most of his digital assets — him posing with his placards — by turning them into his very own collection of NFTs.

His first collection includes a badge, with the first 157 signs. Another one has an opportunity to accompany Seth with a sign or a placard. The collection also includes the original picture which, had Seth not thought about launching his NFTs, would have gone online.

What is an NFT?

NFTs, or non-fungible tokens, are unique digital assets that a person can buy or sell. They can be anything from collectible sports cards to digital sneakers.

When people buy NFTs, they get certificates secured with blockchain technology. Though it's still a relatively new trend in the blockchain world, it's gaining momentum rapidly. Videos, in-game items in video games, and even a tweet have been auctioned as NFTs.