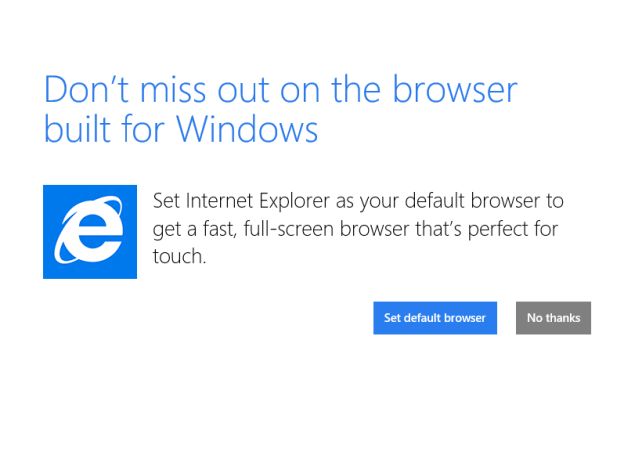 Microsoft on Wednesday announced that the next version of Internet Explorer will come with at least these four new features: Web Audio, Media Capture, ES6 Promises, and HTTP/2. The technology major states that the list of new features is not an exhaustive one.

Web Audio is a JavaScript API for processing audio in Web applications. Media capture provides access local audio and video input/output devices of the user's directly on the browser. HTTP/2 is an upgraded protocol for faster transportation of Web content based on Google's SPDY open networking protocol while ES6 Promises helps developers write cleaner asynchronous code, explains The Next Web.

Microsoft states in a blog post that it is looking at the Web as a holistic platform that "should just work for everyone - users, developers and businesses." By this vision the company hopes to make a case for interoperability. Adding to it the company wants to "encourage pragmatism than always standing on a narrow principle."

The company lists the following top priorities for the future: getting more users to use the latest version of the Internet Explorer, improving security, and adopting backwards capability and interoperability.

Moreover, Microsoft highlighted that status.modern.ie, first showed at Build 2014 conference last month, was coming out of beta and these are the improvements.

We are eager to see what Microsoft does with the next version of Internet Explorer.