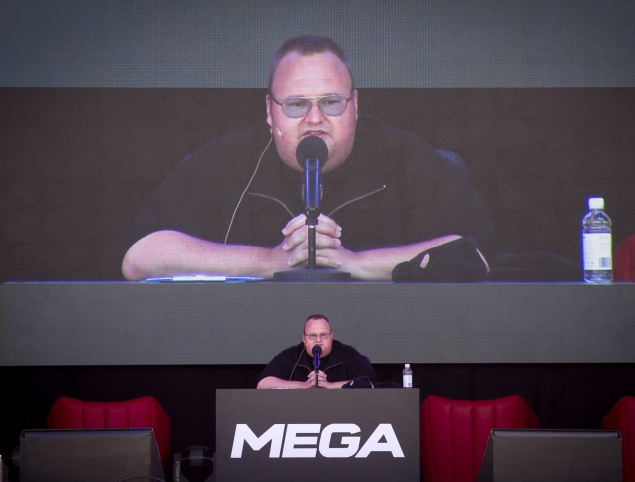 A New Zealand court on Wednesday ruled that the search warrant used in the arrest of Megaupload founder Kim Dotcom on U.S. online piracy charges was legal, dealing a blow to the internet entrepreneur who is fighting extradition to the United States.

Acting on the request of U.S. authorities, the New Zealand government successfully appealed a 2012 ruling that police used illegal warrants when they arrested the tycoon in January 2012 at his mansion near Auckland and seized laptops and hard drives.

The decision will benefit U.S. prosecutors who say the Megaupload website cost film studios and record companies more than $500 million and generated more than $175 million in criminal proceeds by letting users store and share copyrighted material, such as movies and TV shows.

If Dotcom is extradited, the ensuing copyright case could set a precedent for internet liability laws and, should he win, could force entertainment companies to rethink online distribution methods.

Wednesday's ruling overturned an earlier High Court decision that the search warrants were vague and enabled police to seize materials irrelevant to the charges against Dotcom.

But the appeals court said the warrants were adequately worded and should not have caused misunderstanding.

"A reasonable reader in the position of the recipients of the search warrants would have understood what they related to," the appeal court judges said in a statement.

"There was no disconnect between what there were reasonable grounds to believe might be at the properties and what the warrant authorised the police to take."

However, the appeals court upheld an earlier ruling that prosecutors had not been authorised to send clones of seized electronic evidence to the United States.

The decision could pose a setback to a separate case in which Dotcom is seeking damages from the government for its role in the raid on the German-born, New Zealand resident's home.

At the same time, Dotcom could now find it difficult to challenge evidence at his extradition hearing set for July. A Supreme Court decision is pending on whether U.S. prosecutors must disclose evidence to be used in the hearing.

Dotcom's lawyers said they could also appeal to the Supreme Court against Wednesday's ruling.

"Our legal team is reviewing the rulings made by the Court of Appeal and will likely seek leave to appeal to the Supreme Court," U.S. attorney Ira Rothken tweeted.

Dotcom says Megaupload, which housed everything from family photos to Hollywood blockbusters, was merely an online warehouse and should not be held accountable if stored content was obtained illegally.

The U.S. Justice Department counters that Megaupload encouraged piracy by paying users who uploaded popular content and by deleting content that was not regularly downloaded.

A New Zealand government enquiry in 2012 found the nation's secretive spy agency acted unlawfully by giving information on Dotcom to U.S. authorities before the 2012 raid.

Dotcom's case highlights the scope of cooperation between the United States and other nations after former NSA contractor Edward Snowden revealed a surveillance programme on U.S. citizens and other targets, including missions of the European Union and EU states.