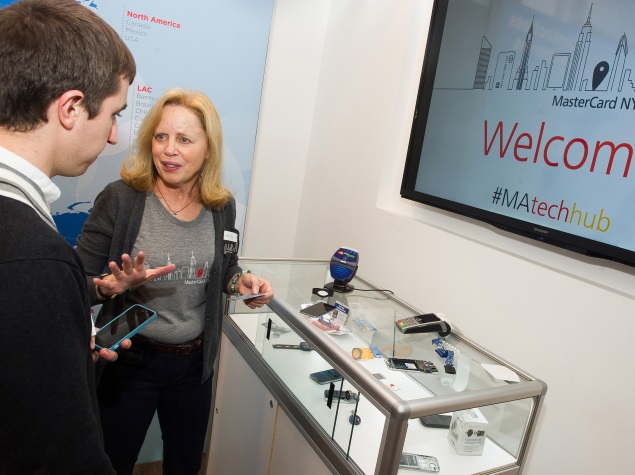 Pay phones on New York City streets would become a thing of the past under a plan announced Monday that would replace them with standalone devices offering free gigabit Wi-Fi and nationwide phone calls as well as mobile phone charging capability.

New York City Mayor Bill de Blasio said LinkNYC, a plan proposed by a group of companies working together under the name CityBridge, had been selected to replace the old pay phone system. Up to 10,000 column-like devices would be placed in all five boroughs starting next year if the plan is approved by the city's Franchise and Concession Review Committee.

The devices, along with free gigabit Wi-Fi, would also have touchscreens for users to access city agencies and digital displays for advertising and announcements.

The devices would replace 8,400 pay phones in 6,452 installations around the city. The only pay phones left would be three booth-style pay phones on the Upper West Side that would be preserved as pieces of New York City history.

De Blasio said the plan wouldn't cost city taxpayers anything. He said the money to cover the cost would come through revenues from the advertising. The city said the advertising revenue would bring in $500 million over the next 12 years.

De Blasio said the system would expand access to broadband.

"With this proposal for the fastest and largest municipal Wi-Fi network in the world - accessible to and free for all New Yorkers and visitors alike - we're taking a critical step toward a more equal, open and connected city," he said.

CityBridge is made up of companies including Qualcomm Incorporated, Comark, Control Group and Titan. The city said the consortium has committed to making the devices in New York City, and the LinkNYC program is expected to create up to 150 jobs in manufacturing, technology and advertising, as well as 650 support jobs.