A substantial part of Chinese investments is routed through Hong Kong given its market expertise and deep pool of liquidity. 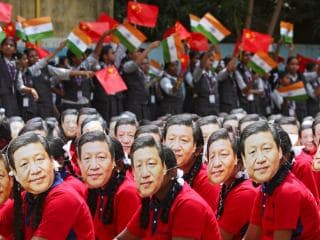 New Indian rules to ensure scrutiny of investments from companies based in neighbouring countries, especially during the coronavirus outbreak, will also apply to Hong Kong, two senior government sources told Reuters on Monday. Government said on Saturday that foreign direct investments from countries with which it shares a land border would require prior government approval to deter "opportunistic" takeovers and acquisitions during the pandemic, but it gave few other details. While the move was seen aimed at Chinese firms, it caused confusion among lawyers, investors, and business executives on whether it would apply to Hong Kong, a special administrative region in South China that enjoys a measure of autonomy under a "one country, two systems" policy agreed at the time of its 1997 handover from Britain.

A substantial part of Chinese investments is routed through the Asian financial centre given its market expertise and deep pool of liquidity.

Two government officials told Reuters the policy will be interpreted in a broad manner and will not make any distinction between China and Hong Kong investments, saying inflows from both will be scrutinised in the same manner.

"It's common sense how Hong Kong investment should be taken. Investment from there is no different to China," said one of the officials. The officials have been involved in the framing of India's investment policies.

The Chinese Embassy in New Delhi said on Monday the rules were against free and fair trade and "Chinese investment has driven the development of India's industries". It said China's cumulative investment in India exceeds $8 billion (roughly Rs. 61,292 crores).

Some experts believe the total investment coming through Chinese entities is far higher as it is routed through multiple jurisdictions.

The new rules govern entities located in a country that shares a land border with India and will be applicable even if the "beneficial owner" of an investment is from those nations. Such investments will require a government approval, the rules said, meaning they can't go through a so-called automatic route. The rules did not name China or Hong Kong.

Three government officials, including the first two, also clarified the new rules of scrutiny would apply to foreign direct investments in greenfield projects.

"There is no sunset clause for the rules," the first government official said about the timeframe of the policy, adding that it would be used "in the widest possible way".

Policy Concerns
The new rules are seen slowing down investment timelines and straining startups that get regular funding from major Chinese companies, especially when the coronavirus outbreak has already hit them hard.

China's Bytedance has plans to invest $1 billion (roughly Rs. 7,660 crores) in India, while automakers including Great Wall Motor and MG Motor, a unit of China's SAIC, have said they intend to invest millions.

Government took the decision after several local industry groups flagged concerns around Chinese inflows during the spread of coronavirus that had made some businesses more vulnerable to takeovers, a fourth person familiar with the thinking said.

Several ministries, including foreign affairs department, then pitched for changes and studied similar restrictions that had been imposed by countries such as Germany and Australia, the source added.

A lawyer who advises Chinese investors told Reuters on Monday that his clients were concerned by the rules and there was a plan this week to seek clarifications on the policy.

"A lot of companies who had finalised their investments are shocked; this injects a lot of uncertainty," said the lawyer.

Huawei Phones Will Not Get Google and Apple's Contact Tracing App Meant to Prevent Spread of COVID 19: Report
Motorola One Fusion, One Fusion+ Tipped to Launch by Q2 2020: Report