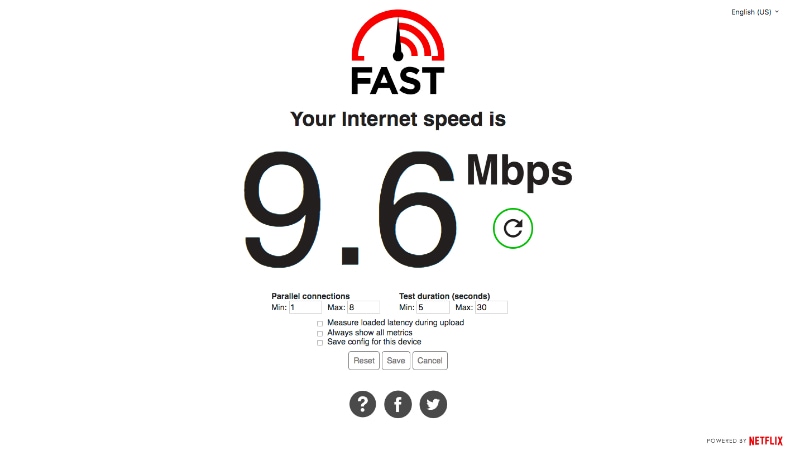 Netflix on Tuesday announced that its speed testing platform Fast.com is getting new functionality. The company is adding the ability to view upload speeds as well as connection latency on the service that was launched a couple of years ago, back in May 2016. In terms of latency, Fast.com will now measure ping in both loaded and unloaded connections. Additionally, the 'Compare with Speedtest.net results' has also been taken down in an attempt to take on Ookla's competing service.

The company claims, since launch, Fast.com has generated more than half a billion speed tests with usage having doubled over the past seven months alone. Since Netflix uses the same servers as Fast.com, the speed testing platform is an accurate indicator of what kind of speeds you can expect while streaming on Netflix. Other than the above-mentioned features, Fast.com now also shows users details of the client, IP address, server location, and the amount of data used during the speed test. A Settings tab has also been added to allow users to customise things like parallel connections and test duration.

Elaborating on the latency bit, unloaded connections are those where there is no other traffic present on the user's network and loaded connections are those that have data-heavy applications running simultaneously on the same network. Ideally, values of the two - loaded latency and unloaded latency - should be close to each other to avoid delay in network connection. This is especially noticeable during tasks such as gaming and video calling.

"We all want a faster, better internet, yet internet speeds vary greatly and can be affected by other users on your network, or congestion with your internet service provider. We're adding these new measurements to FAST.com so that consumers will have a more comprehensive view of their internet connection speed at any given time," said Sergey Fedorov, Senior Software Engineer, Content Delivery, said in a blog post.

Tesla's Elon Musk Apologises for His Comments on British Caver