Netflix CEO to step down from Microsoft's board 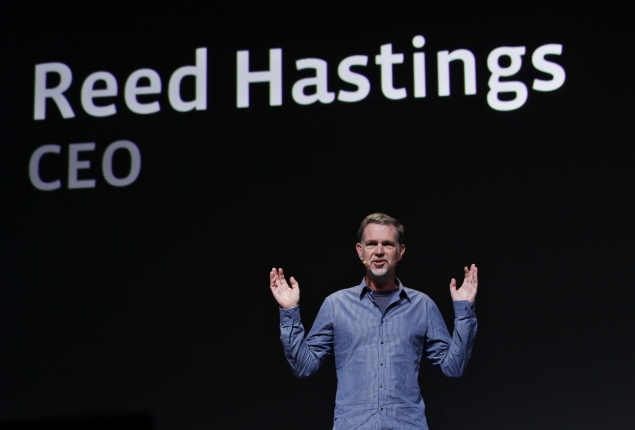 Netflix CEO Reed Hastings is leaving Microsoft's board of directors next month, giving him more time to focus on the myriad of challenges facing Netflix's video subscription service.

Microsoft's Xbox 360 video game console became one of the first Internet-connected devices that could be plugged into a television set so selections from Netflix's library of movies and old TV series could be streamed into subscribers' households. Analysts credit the Xbox and other video game consoles for helping Netflix attract millions more subscribers during the past four years.

"Reed has been a terrific board member, and his insights and experience have really helped guide us through a critical period of transformation for both Microsoft and the industry," Microsoft CEO Steve Ballmer said in a statement.

When Hastings steps down from the board at Microsoft's annual meeting on Nov. 28, the company will appoint a new lead independent director. Hastings has filled that role since December 2010. The position requires coordinating meetings with other board members with no direct ties to Microsoft and steering communications with major shareholders.

Microsoft Corp. paid Hastings $265,000 in cash and stock during the company's past fiscal year, which ended in June, according to documents filed Tuesday.

The decision to quit Microsoft's board appears to be driven by Hastings' desire to restore Netflix's luster on Wall Street. The Los Gatos, Calif., video company's stock closed Tuesday at $65.53, more than 75 percent below its peak of nearly $305 more than a year ago.

In a statement, Hastings said he wants to devote time to Netflix and his long-running efforts to create better schools in California. He remains on the boards of Netflix and online social networking leader Facebook Inc., which he joined last year.

A backlash followed Hastings' abrupt decision last summer to start charging separately for the company's DVD-by-mail plan and the service that streams video through the Xbox and a variety of other Internet-connected devices. The change resulted in a price increase of as much as 60 percent for Netflix subscribers who wanted to keep getting both DVDs and Internet video from the company.

Hordes of subscribers lambasted Hastings and Netflix, resulting in mass cancellations that alarmed investors. Although the furor over the price increase has diminished, investors remain worried about Netflix's dwindling profits as it shoulders rising costs for online video licensing fees and an international expansion. Intensifying competition from Amazon.com Inc. and other companies offering various ways to stream Internet video also are dragging down Netflix's stock.

Analysts have periodically wondered whether Microsoft might be interested in launching its own video service on the Xbox in an attempt to become a more influential force in living rooms. Microsoft, which is based in Redmond, Wash., also could tie a video service to smartphones and tablets running on its Windows operating system.