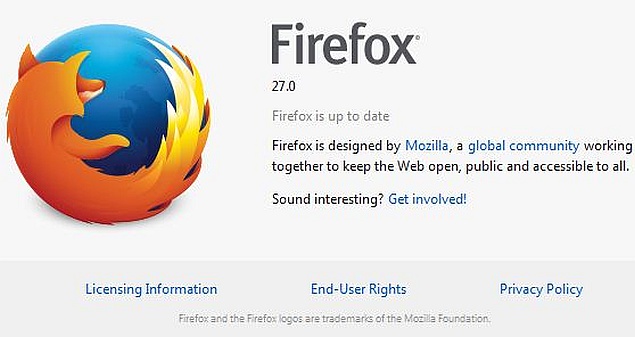 The social API will allow a Firefox user to run more than one service at a time allowing a person to receive notifications from multiple integrated services. A major issue with it earlier was that a user could run only one integration at a time. Now that it has been changed there might be room for a few more integrations.

As always they also have launched an upgraded version for the Android platform. On the official Mozilla website the new features that have been put in include the addition of Lithuanian, Slovenian, South African English, and Thai to Android multi-locale builds.

Amongst the changes that have been made, the Android platform too has been enabled with TLS (Transport Layer Security) 1.1 (RFC 4346) and TLS 1.2 (RFC 5246) by default, an improved UI, removal of overscrolling on web content, better readability with the Clear Sans font, amongst other changes. They have also fixed the issue of Flash sometimes not working with Android 4.4 KitKat.

The issues that are still unresolved include, the changes in the Google layout and CSS causing issues in Firefox, Firefox Sync not behaving as expected when multiple Firefox channels are installed on a single device, text in Flash elements showing as boxes and text selection not working in textarea elements.
Comments