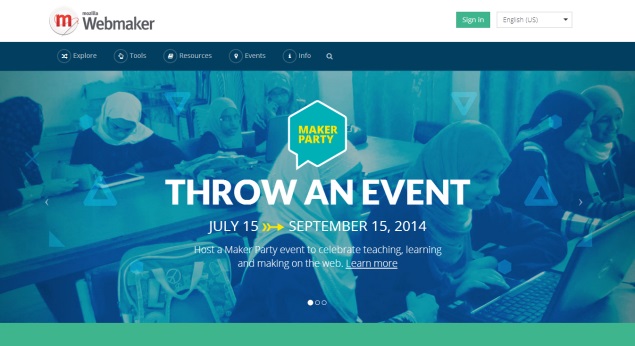 The Mozilla Foundation is expecting more than 100,000 people to participate in a series of events worldwide over the next two months teaching basic Internet use and other digital skills.

The "Webmaker" events which run through September 15 aim to boost so-called digital literacy skills, including computer coding, designing Web pages, and creation of apps and videos.

The kickoff begins this weekend in Kampala, Uganda, and includes events in at least 368 locations, from New York and San Francisco to cities in India, Indonesia and several African countries.

"We set out with these parties to teach the world how the Web works."

Surman said the effort is part of a broader goal to help get more people around the world connected to the Internet, and to help them use it in more active ways.

The events tie in with the "maker movement," which according to Surman "is the idea that technology should be something we all can take control of, not something that is given to us by companies."

This is the third year of the campaign, Surman, said, and he hopes to double the participation level of last year of around 60,000 people. The maker parties are mostly locally organized with volunteers, with some technical help from Mozilla.

This campaign is bigger and broader than efforts by other organizations to teach children to code. And it is based on the premise that most of the world's population will be online soon, with traditional computers or mobile devices like smartphones. 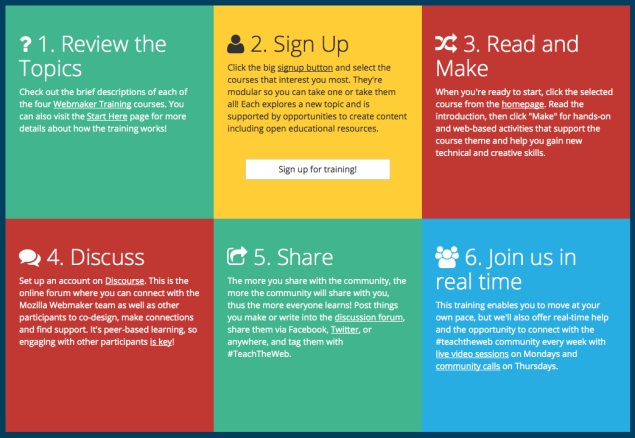 "In the end the broad majority of people are going to have a computer in their hands or in their pockets in the next few years, Surman said.

"We need to make sure those five billion people understand what the Web is now."

Surman was on his way to Kampala for "a 500-person teach-in" to launch the program. Mozilla promotes them as parties which help explain the mechanics of making websites and addresses issues such as privacy and data protection.

"Coding is just the tip of the iceberg," he said.

"This is about full-scale digital literacy. How to build things with code, design and video and photography. And there are a set of creative, social and cognitive skills participation, design thinking. These are the skills you need to find your way in the digital world."

Mozilla, with grants from a number of foundations and donations, is spending more than $4 million annually on these efforts.

The program ties in with other efforts of Mozilla to promote an open Internet, including the Firefox browser and a smartphone platform, said Surman.

"We came to the conclusion that just building products with the values of the open Internet were not enough," he said.

"We want the billions of people on the Internet to know how it works to get the most out of it."