MIT to release documents related to the prosecution of Aaron Swartz 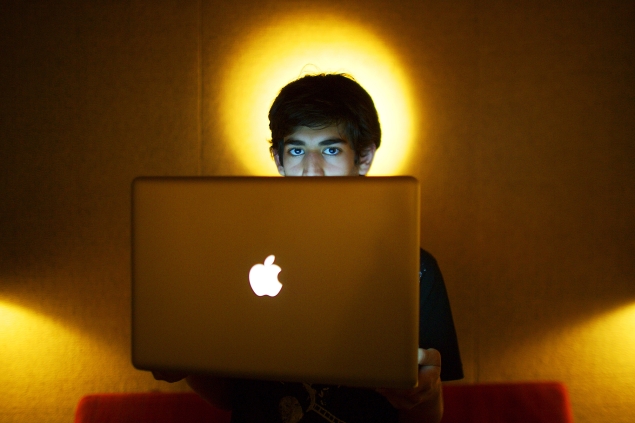 The president of the Massachusetts Institute of Technology announced Tuesday that the school will voluntarily release public documents related to the prosecution of free-information activist Aaron Swartz, who hanged himself in January as he faced trial on hacking charges.

The email announcement by MIT President L. Rafael Reif comes in response to a request Friday by lawyers for Swartz's estate to have the U.S. District Court in Boston make the documents public.

The university has come under fire for what critics say is MIT's compliance with federal prosecutors in the legal case against Swartz.

Supporters of Swartz have painted him a zealous advocate of public online access, a martyred hero hounded to his death by the government he antagonized.

To prosecutors, the 26-year-old Swartz was a thief whose aims to make information available didn't excuse the illegal acts he was charged with: breaking into a wiring closet at the Massachusetts Institute of Technology and tapping into its computer network to download millions of paid-access scholarly articles, which he planned to share publicly.

He was facing possibly decades in prison after being indicted in Boston in 2011 when he hanged himself in his Brooklyn, New York, apartment.

The documents will be released at the same time as an internal analysis of MIT's role in the Swartz case is made public. No date has been set for the release of that analysis, being conducted by professor Hal Abelson.

They will have MIT employees' names blacked out to protect their safety, Reif wrote. The university will also black out information that might open it to further hacking attacks.

"In the time since Aaron Swartz's suicide, we have seen a pattern of harassment and personal threats," Reif wrote. "In this volatile atmosphere, I have the responsibility to protect the privacy and safety of those members of our community who have become involved in this matter in the course of doing their jobs for MIT, and to ensure a safe environment for all of us who call MIT home."

Swartz's family said his suicide was "the product of a criminal justice system rife with intimidation and prosecutorial overreach."

But federal prosecutors have defended their pursuit of the case and say Swartz was offered deal under which he would have spent just four to six months in prison.

Charges were dropped after Swartz's death.

A lawyer for Swartz's estate welcomed Reif's decision, but questioned MIT's need for secrecy and worried that documents with names blacked out would be "incomprehensible and impossible to follow."

"It's long overdue that they've agreed to release something," San Francisco-based attorney Elliot Peters said. "But I don't see the reason to redact.

"I am not aware of any threats having been made to anybody at MIT. I don't know why that's a concern."

Lawyers for Swartz's estate said in their filing Friday that "The public has an important and clearly established interest in receiving the information necessary to understand the events that led to Aaron Swartz's arrest and indictment."

"It would show what happened and show the role MIT had in this," Peters said Tuesday.

They asked that names remain in the documents if released.

"Redaction of these individuals' names would merely add a layer of confusion and opacity to the documents without any additional privacy benefit," they wrote.

MIT's computer system has been hacked multiple times since Swartz's death. The campus was placed into lockdown last month when someone called to report a gunman in a university building. MIT later said the gunman report was a hoax apparently prompted by Swartz's death.