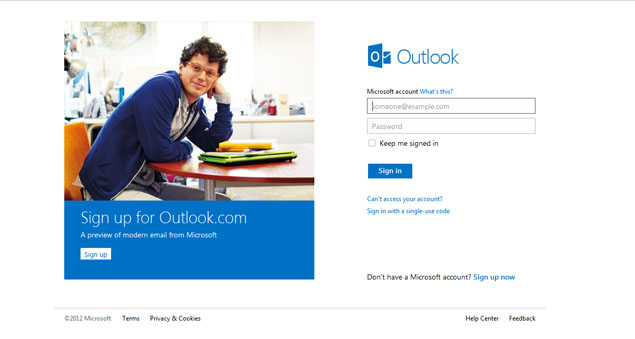 Over a year after it unveiled Outlook.com as a replacement for its iconic Hotmail email service, Microsoft has finally fulfilled its promise of adding support for IMAP.

Microsoft made the announcement via a blog post, and also listed the server settings that users will need to use to get IMAP support setup for their Outlook.com account.

IMAP, or Internet Message Access Protocol, is one of two popular email retrieval protocols that helps users keep various devices in sync with the same email account (or mailbox). The other popular protocol is POP (Post Office Protocol), which offers far fewer features compared to IMAP.

POP (also called POP3, for the prevalent version of the protocol) is an email retrieval protocol that lets users retrieve emails from the server onto their device (like a computer or a mobile), while optionally leaving a copy on the server. IMAP goes way beyond this, by letting various devices sync to the same mailbox, such that they can share information like message status (read, unread, replied-to, flagged etc.) with each other. Contrast this with POP, where if you flag a downloaded message on your computer for follow up, this status cannot be passed back to the server.

Microsoft had been criticised for offering out-of-the-box POP support with Outlook.com, but not extending IMAP support, which other providers like Gmail offer for free. Yahoo Mail, the other popular free email service, does not offer POP and IMAP support in most regions.

Microsoft's defence so far had been pointing to its support for Exchange ActiveSync, which lets compatible devices, including all popular mobile operating systems, offer IMAP-like features, as well as additional features like contacts and calendar sync.

However, the addition of IMAP will allow a much wider range of apps to connect to Microsoft's Outlook.com, and should offer a small, but significant, push in adoption of the email service by end users.