Windows 10 to Use AI, Machine Learning to Fight Malware 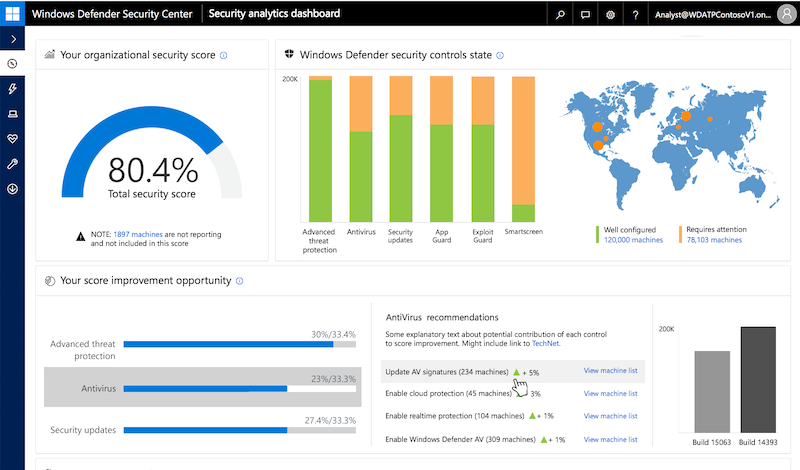 Microsoft has been caught in the middle of growing cyber-attacks in the past few months, causing the Redmond giant to take some advanced actions to prevent Windows computers from getting malware-infested. The company has revealed that the upcoming Windows 10 Fall Creators Update will upgrade its Windows Defender Advanced Threat Protection that will offer new machine learning prevention capabilities that are designed to prevent such attacks.

The Redmond giant informed CNET that the upgrade will use machine learning through data collected from Microsoft's cloud-based services to create an artificial intelligence antivirus to better fight against cyber-attacks. Windows enterprise director Rob Lefferts explained that the AI will look for odd behaviour within apps to detect an attack. "If Word were to start allocating memory in big chunks, when it never does, we would be able to detect that. We built the machine learning models around common applications like Word."

Microsoft listed some of the features that will come with the Windows Defender ATP upgrade in a blog post. Notably, one of the features mentioned is the AI's ability to identify the presence of a previously unknown malware on a computer. It can then quarantine the malware in the cloud and can protect other computers by developing a unique signature for it. Some other features include browser-focused Application Guard and cloud-related Device Guard and Exploit Guard.

The new security features to Windows 10 ATP will first be made available to enterprise customer, but Microsoft plans to roll them out to everyone sooner or later, CNET says. Additionally, the company also wants ATP to support more than just its own Windows platform and is already working on making that happen.

As you may have heard, another ransomware attack - referred to as Petya - caused major disruptions around the world this week following the WannaCry attacks in May. The attacks have largely affected computers running on dated Windows operating system, and the news of the upgrade is perhaps a way for Microsoft to reassure its users that it is working on ways to better protect your PC, and is looking to AI to help it do that.