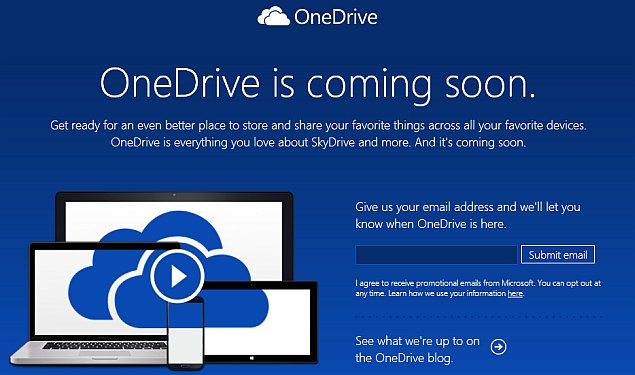 Microsoft said the change would be made soon but didn't give a date.

While the rebranding doesn't involve a change to the service's logo - two blue clouds on a white background - it does bring the name more in line with other company brands.

Last July, Microsoft re-organized its corporate structure to focus on providing both devices and services in a strategy it called "One Microsoft."

Its latest game console, released in November, is called "Xbox One."

Microsoft last week reported revenue and earnings for its fiscal second quarter that topped Wall Street expectations, as the company sold 3.9 million Xbox One consoles to retailers and doubled revenue from its line of Surface tablets from a quarter earlier.

Outgoing CEO Steve Ballmer, who announced he'd step down by August, said in a statement the Redmond, Wash.-based company's devices and consumer segment had a "great holiday quarter." A new CEO is expected to be announced soon.