The company says the revamped site fits in with Microsoft's overall strategy of making mobile phones and Internet-based services priorities as its traditional businesses - Windows and Office software installed on desktops - slow down or decline. The changes also come as people increasingly read news on smartphones and tablets rather than desktop computers.

Rather than being simply an entry point for accessing the rest of the Internet, the revamped MSN is aiming to become a daily part of life for its 400 million monthly users worldwide. Besides news culled from other media outlets, MSN will have such tools as a symptom checker and a shopping list maker for recipes.

"It's not just about finding that great article on Beyonce," said Stefan Weitz, senior director, operating system and services at Microsoft. "It's also about helping you fix a great dinner and manage your flights." 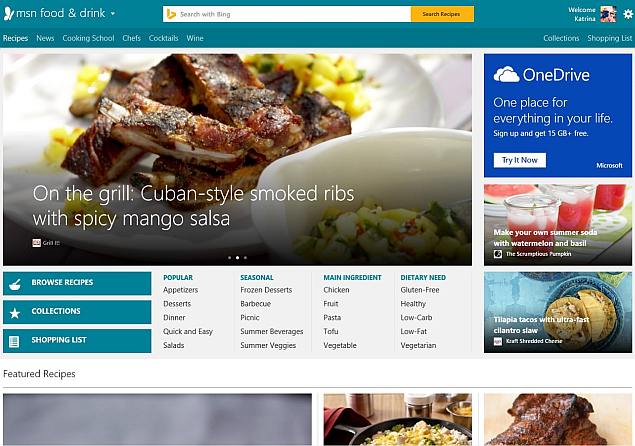 One key improvement will be an ability to sync across all devices. So if you are logged in and make a shopping list for a recipe on your desktop, it will automatically appear on the MSN app on your phone.

The changes mirror what Microsoft is doing with its latest version of its Windows operating system. CEO Satya Nadella has acknowledged the headache the company had created for software developers by making multiple versions of Windows that work differently on phones, PCs and tablets, Xbox and other devices. With the next version of Windows, Microsoft plans to unify the system so developers can create apps that work on many devices at once.

A preview of the new MSN site will be available Monday. The new site will roll out more widely later this month.