Microsoft’s roadmap shows information about all the features the company is working on, one of which is ‘Send later’ feature for Outlook on the web. 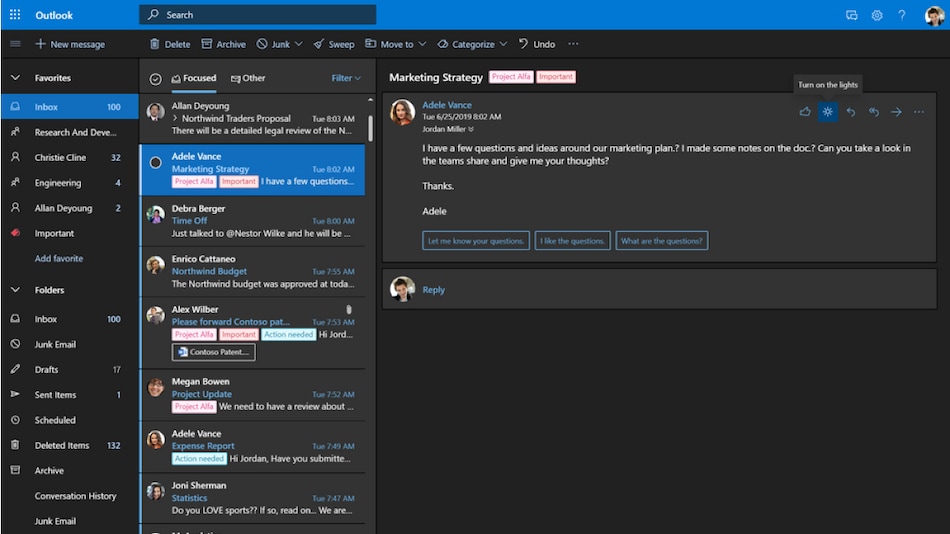 Outlook’s text prediction feature can be disabled as well

Microsoft Outlook appears set to be soon getting a new feature that will make composing emails a little easier. Both the Outlook on the Web and Outlook.com will get a text prediction feature similar to what is already present in Gmail, a Microsoft support document has revealed. As you type, Outlook will suggest words or phrases, much like Gmail. As of now, there is no fixed release date for the feature but it is expected sometime this month. Additionally, the company is working on a ‘send later' feature as well.

Microsoft, on its support page, has described what the text predictions feature is and how it will work. Users will get suggestions for words or phrases as they compose their mail. In case the text prediction seems suitable, there will be two ways to accept the suggestion, by pressing the Tab key or the right arrow key. The suggestion can also be ignored by just continuing to type. Doing so will make the suggestion disappear. The company states this feature will come to both the Outlook on the web app and Outlook.com.

Microsoft says this feature can also be turned off by going to Settings > View all Outlook settings > Mail > Compose and reply > Text predictions, and uncheck the Suggest words or phrases as I type check box. As of now, the Text predictions option is not available in the settings menu. But, according to the Microsoft 365 public roadmap, the feature is currently marked as “In development” and will release in “May CY2020”.

Additionally, there is another feature that Microsoft is working on, one of which is ‘Send later' for Outlook on the Web. This will allow users to schedule they want to send an email message. It is also currently “In development” and will release in “Q2 CY2020.” This feature has also been available in Gmail for quite a while now.

Microsoft has also introduced a Reply-All Storm Protection feature for its Office 365 users. This feature aims at helping IT teams reduce the impact of reply-all mail storms that are occur due to the negligence of employees and put pressure on email servers. This can also lead to a distributed denial-of-service (DDoS) attack.