Microsoft Corp has joined Qualcomm Inc and other technology companies in a bid to establish standard ways for household devices like light bulbs and thermostats to talk to each other.

The Qualcomm-backed AllSeen Alliance is among a growing number of efforts for companies working alone or in groups to promote protocols for how smart devices should work together in a trend increasingly referred to as the Internet of Things.

But chipmakers that compete with Qualcomm plan to launch a rival standards consortium as early as next week, an industry source who was familiar with the plans but not authorized to discuss them, also told Reuters on Tuesday.

Battle lines are being drawn as manufacturers roll out growing numbers of Internet-connected burglar alarms, televisions and baby monitors. But like the early days of video cassette recorders, many of the smart home products being launched are incompatible with each other.

Qualcomm and other tech companies believe the quick establishment of standards across home-connected gadgets, cars and wearable computing devices will accelerate the introduction of new devices by manufacturers.

Making it easy for software developers to design apps that let household devices work together in useful ways, like making living room LED light bulbs flash red when food is burning on the stove, may also stir more interest from consumers who have yet to become excited by smart products currently on offer, the companies hope.

To that end, Qualcomm led the development of a connection standard called AllJoyn and made it free for other companies to use in their products. 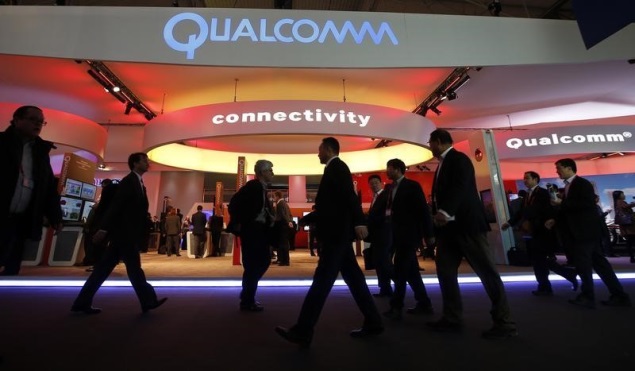 But, like the rivalry between Betamax and VHS video formats over three decades ago, Silicon Valley is far from agreement on what standards should rule.

Apple Inc, known for strictly controlling how other companies' products interact with its own, in June announced plans for HomeKit, which will integrate control of devices like garage door openers, lights and thermostats.

"All these things need a standard. Nobody wants to buy a TV and have to make sure their speakers are compliant," said Bernstein analyst Stacy Rasgon. "But we're in an experimentation phase with the Internet of Things. It's early days and nobody knows what it's eventually going to look like."

Asked whether Intel Corp would join Qualcomm's alliance, an Intel spokeswoman said in an email, "There are multiple forums driving different approaches to solve the challenge of IoT connectivity. Currently, we don't see one single effort that addresses all the necessary requirements."

Internet Classrooms: How India Is Studying Online
Any Draft Beer, on Tap, at Home