Microsoft is gearing up to bring Cortana to your smart home as a virtual assistant that is available everywhere you need it. The company on Tuesday made the Cortana Devices SDK available to third-party developers and OEMs which will enable them to integrate it into devices like speakers, and other smart appliances. Additionally, Microsoft announced an all-new Translator program that claims to overcome the language barrier for in-person conversation.

The Redmond giant stresses that the move will expand Cortana's reach across platforms as it is already available on Windows 10, Android, iOS, and on Xbox. "The Cortana Devices SDK will allow OEMs and ODMs to create a new generation of smart, personal devices - on no screen or the big screen, in homes and on wheels," said the Microsoft team in a blog post. The company has already confirmed that Cortana will be included in the IoT (Internet of Things) Core edition of the Windows 10 Creators Update, which will power IoT devices.

Microsoft also revealed that it is working with partners across a range of categories including connected cars. The company named one of the early device partners, Harman Kardon, which is expected to launch Cortana-powered speakers in 2017. Microsoft says that the Cortana Devices SDK is currently in private preview and will be available more broadly in 2017.

The company is not the first to open out its voice assistant tech to third-party developers, with Amazon, Apple, and Google each releasing tools with which to leverage Alexa, Siri, and Assistant respectively. Microsoft's new Cortana Skill Kit Preview for developers which will enable them to create "skills" for Cortana to control or manage devices and services.

Microsoft's Translator program, on the other hand, is the company's brand new in-person machine translation technology that has been developed by the machine translation group at the company's research lab in Redmond. The new Translator is being promoted as a tool that can ease communications for travellers in a foreign country. The new tool, currently in preview, is targeted at tour guides, hotel receptionists, and taxi drivers among others who need to speak with foreign tourists. The company says the Microsoft Translator "delivers live, in-person speech translation capabilities via Internet-connected smartphones, tablets and personal computers." 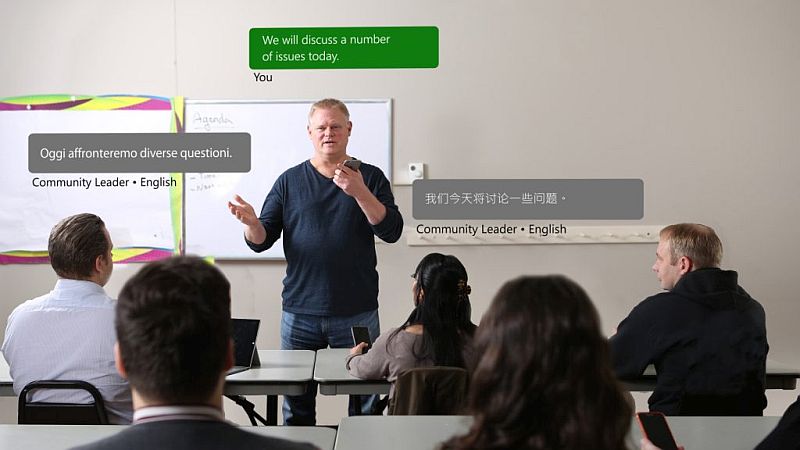 To get started with Translator, users will need to sign-up on to the service via the app or website and pick their language and initiate a new conversation. The process then generates a code and a QR code that other participants enter or scan on their devices, which they set to their language of choice. From there, conversation happens.

"The technology is applicable in one-to-one conversations such as a traveller getting information from a concierge, one-to-many interactions such as a tour guide speaking to a throng of tourists, and many-to-many communications such as multiple immigrants sharing experiences in a support group," explains Microsoft in a blog post.