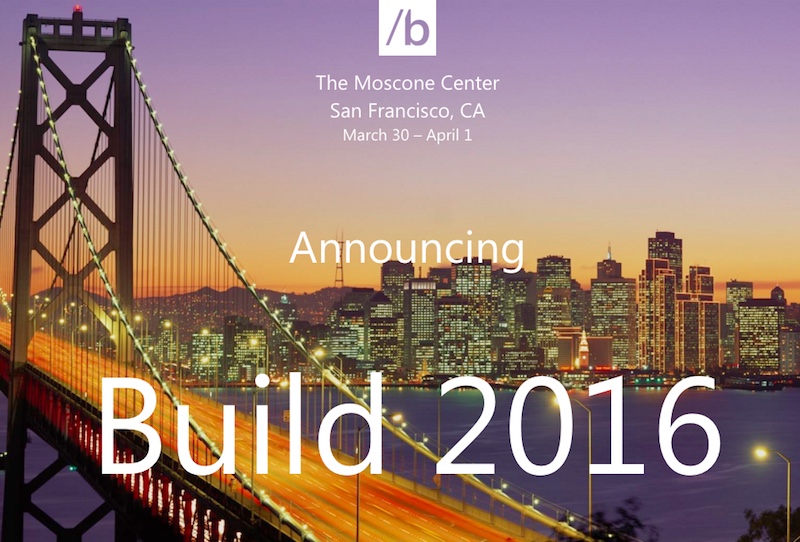 Microsoft's next developer conference, dubbed Build 2016, will be held in San Francisco, California between March 29 and April 1, the company has announced. It is expected to use the three-day event to talk about Windows 10, Windows Bridge programs, Azure, Visual Studio, .NET and HoloLens among other products.

The company sent out invites over the weekend to developers to announce that it will be holding the next year's conference at the Moscone Center, San Francisco between March 29 and April 1. The company's chief developer evangelist Steven Guggenheimer also revealed the date on Twitter, asking developers to "see the future of Microsoft and technology."

At next year's event, the company is expected to share the advancements it has made in Windows 10 and how developers can leverage it. The company is rumoured to release Windows 10 Redstone, the next major update to its operating system next year. The features it would announce at Build 2016 are likely to be shipped with Redstone.

Microsoft is also expected to share updates on HoloLens at Build 2016. In October, the company said that it would start shipping its Windows 10-powered augmented reality headset to developers in the first quarter of 2016.

Build 2015, which was also held in San Francisco, was largely aimed at guiding developers around Windows 10. Later this year, the company also talked about Windows Bridge, toolsets to let Android, iOS, Web developers build or port apps to Windows platform.

The company has been tight-lipped about the projects since then. With reports claiming Project Astoria, a toolset to port Android apps to Windows, has been put on hold, the company could share some updates at the event. Earlier this month, company's former CEO Steve Ballmer said that for Windows Phone ecosystem to survive, it needs Android apps.