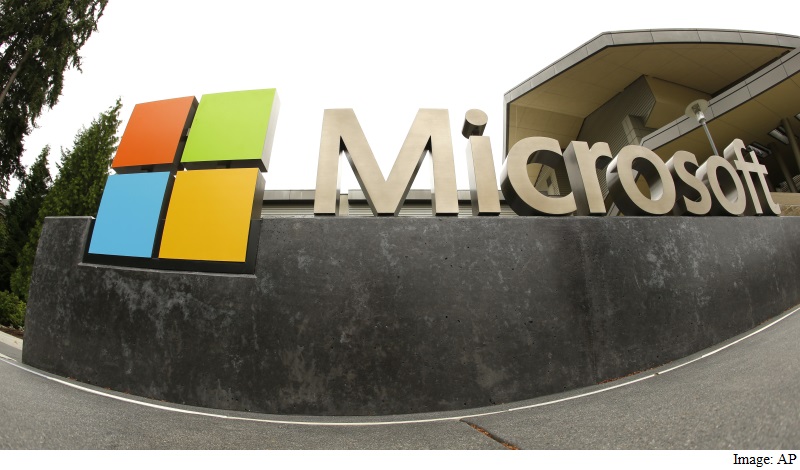 Tech giant Microsoft announced Thursday it is partnering with a cannabis industry-focused software company called Kind Financial. The company provides "seed to sale" services for cannabis growers, allowing them to track inventory, navigate laws, and handle transactions all through Kind's software systems. The partnership marks the first major tech company to attach its name to the burgeoning industry of legal marijuana.

While most big tech companies have been shy to get involved, tech startups have been flocking to the up-and-coming pot trade, which is fully legal for both recreational and medical purposes in five states. The weed industry's specific needs for data tracking to optimize plant growth and other logistics, as well as its booming market potential, make it well-suited for tech partnerships. "Nobody has really come out of the closet, if you will," said Matthew Karnes, the founder of marijuana data company Green Wave Advisors, to The New York Times. "It's very telling that a company of this caliber is taking the risk of coming out and engaging with a company that is focused on the cannabis business."

This hesitancy comes from the still murky legal status of marijuana in most of the country. Marijuana is still illegal nationwide, and the risk of crackdowns where federal and state laws contradict have discouraged many banks from working with marijuana businesses. There are also risks in taking a weed business across state lines where it could have a different legal standing. And there's always the danger that a change in government leadership, say with a changing Presidential administration, could result in a backtracking of relaxed weed laws.

Allen St. Pierre, Executive Director of National Organization for the Reform of Marijuana Laws (NORML), sees marijuana software and Microsoft as a natural pairing. "If you are trying to go big macro strategy at a company like Microsoft, and you want a super diverse portfolio, and you're located largely in a place where you can visibly see the marijuana commerce happening, and of course maybe your employees and others are engaged in that commerce, why wouldn't the company invest in it?" he said.

He adds that he believes that Microsoft association with legal weed will ultimately be helpful in the legalization effort. (Microsoft is based in Redmond, Washington, a state that has legalized marijuana for recreational use.) The legitimacy it lends will make it easier for marijuana producers to go about business, citing growers who see their ad dollars refused by corporations who don't want to be associated with the substance. "Having a brand name like Microsoft will definitely catch people's attentions," he said.

He also thinks the partnership could have an affect on legislation. "Microsoft has a leviathan [lobbying] effort up here in Washington [D.C.]," he said. "One of the things that has been really interesting to see is how the focus is becoming not so much about legalization per say, that's almost become a bugaboo word up on the Hill, but just focusing in on these commerce reforms, for example to allow banks to handle this trade...they lobby hard for that stuff on the Hill right now and to have a Microsoft weigh in saying, we want to be part of that commerce, can can only buoy those efforts."

St. Pierre notes that Kind, which is never directly involved in growing, testing, or selling marijuana, is typical for the kind of companies cropping up around lobbying efforts and gaining financial traction. These ancillary companies that provide services around the actual moving of product are legally much easier to handle.

"The fact that one is engaged in their minds in quite legal commerce, one where lawyers are saying, sure you can set up software to track it, you can set up a web page that shows pretty pictures of marijuana and rate it, or get coupon discounts, etc.," he said. "Compared to the other side of the issue, where you're growing it, transporting it, you're selling it, and you're actually touching it, the lawyering they get is...more schizophrenic." These actual producers, he adds, are the most legally vulnerable.

Still, St. Pierre is thrilled at the partnership. "Ten years ago, twenty years ago, if you were saying, I have a software and I'm hoping to track marijuana sale, you and I would be in a RICO conspiracy. So that speaks to how much has changed, and how today what's heralded in a newswire as a big partnership, years ago would have put you in federal prison," he said.

Dead Rising 4 Could Come to the PS4: Report
Investors Back Rivals Uber and Didi, Raising Eyebrows