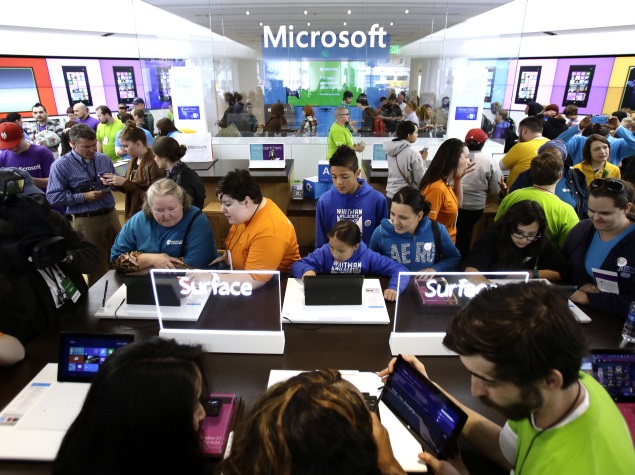 Microsoft has given a big push to the Bitcoin virtual currency as it has announced that users can now use Bitcoins as a method of payment at Xbox and Windows online stores.

The new system of buying digital content is available only in the US and for Windows, Windows Phone, Xbox Games, Xbox Music, and Xbox Video stores. The reason for this surprise announcement by Microsoft is said to be a result of the company's integration with a Bitcoin cryptocurrency processor called BitPay for transactions.

Coindesk, which first reported the announcement, explains that the new Bitcoin system might not be fully integrated for now and may get broader integration in future. "You can only use Bitcoin to add money to your Microsoft account and then purchase digital goods at select Microsoft online stores. You can't use Bitcoin to purchase Microsoft products and services directly at this time," states the Microsoft payments information page.

The information page also mentions the steps how users, on both PC and mobile, can add money to their Microsoft accounts with Bitcoin. It has also been mentioned that once the transaction is complete, users will not receive any refunds later.

In July, like Microsoft, Dell also announced that it accepts Bitcoin payments. The device maker collaborated with CoinBase for transactions. The news came via the company CEO, Michael Dell's tweet that stated, "Dell is now the world's largest e-commerce business to accept #bitcoin"

It is worth noting that Blockchain, a Bitcoin wallet app, landed back on Apple's App Store in July after being removed by the Cupertino firm in February without a specific reason. It landed back on the App Store after Apple made changes to its policies that allowed "transmission of approved virtual currencies" - the first major Bitcoin wallet app to make it back to the store was Coin Pocket.