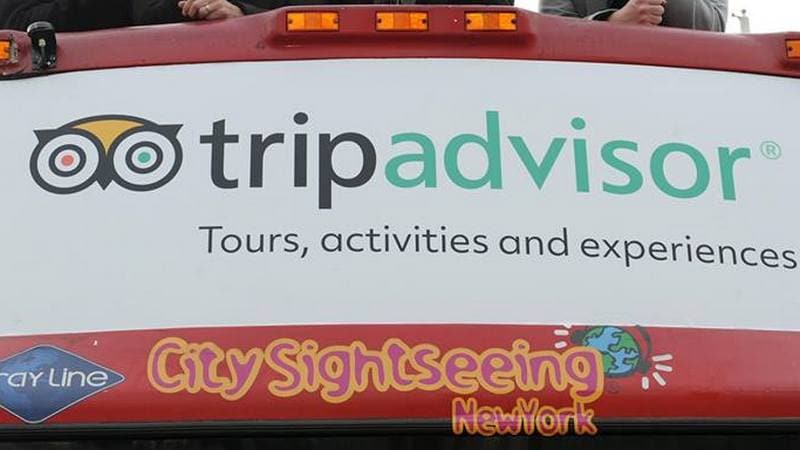 An Italian court sentenced a prolific TripAdvisor fake reviewer to prison for nine months in what the company called one of the first cases of review fraud leading to a criminal conviction.

TripAdvisor detected and blocked more than 1,000 attempts to submit fraudulent reviews by PromoSalento, an online marketing site targeting hospitality businesses, the company said in a pair of statements Tuesday. Some reviews were posted and later deleted for hundreds of properties.

The scheme by the man, who was not named, was to write and sell the reviews to companies to boost their prominence.

Sites such as TripAdvisor and Yelp, and commerce giants like Amazon, have gone on the offensive against fraudulent paid online reviews, saying they mislead consumers and undermine buyer confidence in retailers.

The ruling in Italy is a signal that both companies and courts may be getting more serious about the elaborate and lucrative operation of fake review sales, said Tommy Noonan, founder of ReviewMeta, a website that helps consumers spot suspicious Amazon reviews.

TripAdvisor hosts more than 661 million reviews of travel destinations around the globe, according to the company.

The Criminal Court of Lecce decided that using a false identity to write fraudulent reviews violated Italian law, the company said. The man was also ordered to pay about $9,300 in costs and damages. The company submitted extensive evidence of the man's activity after an investigation.

"We see this as a landmark ruling for the Internet. Writing fake reviews has always been fraud, but this is the first time we've seen someone sent to jail as a result," said Brad Young, an attorney for TripAdvisor.

The company said the man was alone in his scheme. TripAdvisor said it penalized customers of the scheme by lowering their popularity ranking or flagging their profile to consumers with a red badge on their page.

Online consumer reviews have become the lifeblood for retailers and businesses looking to draw shoppers. About half of adult consumers in the United States routinely read reviews before buying something for the first time, Pew Research Center found in 2015.

Amazon has already taken action. The company has banned paid reviews and filed five lawsuits against people who write paid reviews and companies that solicit them since 2015. (Jeff Bezos, chief executive of Amazon, also owns The Washington Post.)

Some reviewers get paid through PayPal or with gift cards for leaving glowing reviews, The Washington Post reported in April.

The proactive focus on fraudulent reviews is laudable, Noonan said, and companies are increasingly deploying algorithms and fraud investigators to catch perpetrators.

But companies have a perpetually uphill battle. Fake reviews are often indistinguishable from real ones after a close read, Noonan said, even to him.

10 Ways Vivo’s V11 Pro Stands Out From Its Biggest Competitors in the Market
Inbox by Gmail to Be Shut Down by March 2019: Google