Malware may knock thousands off Internet on July 9 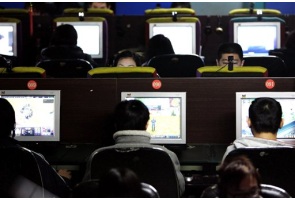 The warnings about the Internet problem have been splashed across Facebook and Google. Internet service providers have sent notices, and the FBI set up a special website.

But tens of thousands may still lose their Internet service Monday unless they do a quick check of their computers for malware that could have taken over their machines more than a year ago.

Despite repeated alerts, the number of computers that probably are infected is more than 277,000 worldwide, down from about 360,000 in April. (See: Thousands may lose Internet in July - check if you are one) Of those still infected, the FBI believes that about 64,000 are in the United States.

Users whose computers are still infected Monday will lose their ability to go online, and they will have to call their service providers for help deleting the malware and reconnecting to the Internet.

The problem began when international hackers ran an online advertising scam to take control of more than 570,000 infected computers around the world. When the FBI went in to take down the hackers late last year, agents realized that if they turned off the malicious servers being used to control the computers, all the victims would lose their Internet service.

In a highly unusual move, the FBI set up a safety net. They brought in a private company to install two clean Internet servers to take over for the malicious servers so that people would not suddenly lose their Internet.

Most victims don't even know their computers have been infected, although the malicious software probably has slowed their Web surfing and disabled their antivirus software, making their machines more vulnerable to other problems.

But popular social networking sites and Internet providers have gotten more involved, reaching out to computer users to warn of the problem.

According to Tom Grasso, an FBI supervisory special agent, many Internet providers are ready for the problem and have plans to try to help their customers. Some, such as Comcast, already have reached out.

The company sent out notices and posted information on its website. Because the company can tell whether there is a problem with a customer's Internet server, Comcast sent an email, letter or Internet notice to customers whose computers appeared to be affected.

Both Facebook and Google created their own warning messages that showed up if someone using either site appeared to have an infected computer. Facebook users would get a message that says, "Your computer or network might be infected," along with a link that users can click for more information.

Google users got a similar message, displayed at the top of a Google search results page. It also provides information on correcting the problem.

To check whether a computer is infected, users can visit a website run by the group brought in by the FBI: http://www.dcwg.org .

The site includes links to respected commercial sites that will run a quick check on the computer, and it also lays out detailed instructions if users want to actually check the computer themselves.