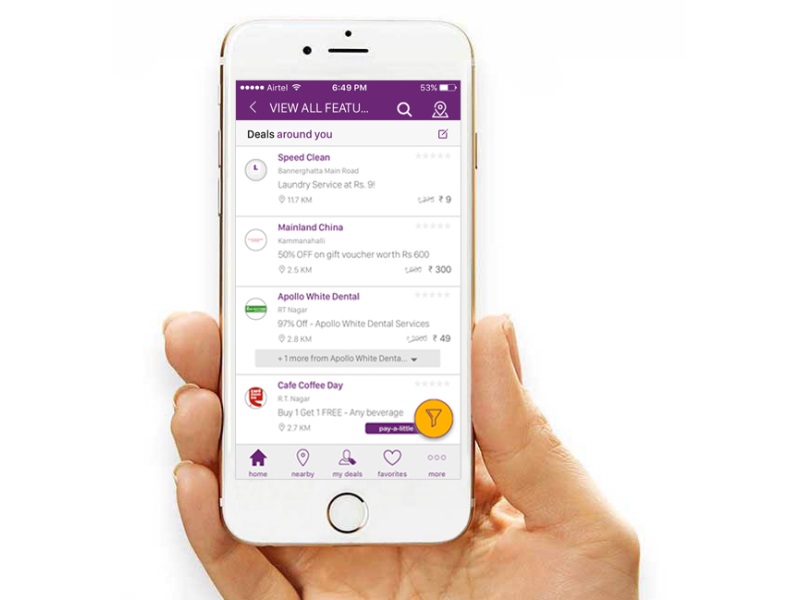 'Little', the hyperlocal deals marketplace in the online to offline space (O2O), Tuesday announced the acquisition of curated deals portal Trideal for an undisclosed amount.

Trideal offers popular deals in food and beverages, wellness and entertainment. This is the first acquisition for the company which was set up by Manish Chopra and Satish Mani, who previously founded fashion retail portal Zovi.

Incubated in Chitkara University, Punjab's Largest University, Trideal has 1000 merchants. Operating in the tri-cities of Chandigarh, Mohali and Punchkula, Trideal gets around 7,000 unique visitors, a statement of 'Little' issued here said.

As part of the acquisition, the co-founders of Trideal and its core team will join Little, the statement added. Mobile deals app Little was launched in July 2015 and has been funded to the tune of $50 million (roughly Rs. 325 crores) by Paytm, SAIF Partners and Tiger Global Management, among others. The company said it targets to be India's largest deals marketplace.

"Trideal has a large customer base and significant merchant database in Chandigarh offering excellent deals. The core of Trideal is similar to that of Little. This acquisition fuels our expansion plans in Punjab," Manish Chopra, chief executive and co-founder of Little said.

Trideal will also be able to access Little's large merchant and deals database providing a significant boost in business for its current merchants. With the O2O deals space in India being highly unorganised and about 99 percent of the commerce happening in the offline market, the 'Little' app pitches itself as a hyperlocal deals discovery platform for customers and a significant sales channel for merchants. It has so far enrolled 8,000 plus merchants offering over 27,000 deals across 11 cities.

By March 2016, Little will offer over 50,000 deals across services like restaurants, movies, hotels, salons, gyms, spas.