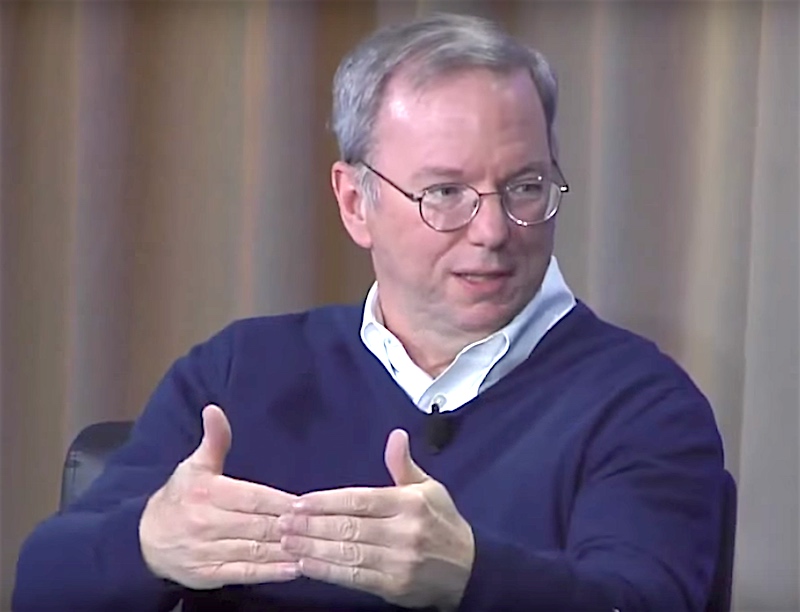 If you are amazed by the Raspberry Pi Zero, a credit-card sized computer that is priced at an enticing $5 (roughly Rs. 320), you may want to thank Eric Schmidt for it. Former Google CEO and current executive chairman of Alphabet played a key role in the development of the cheap mini-computer.

Raspberry Pi Foundation founder Eben Upton told WSJ in an interview that it was Schmidt who suggested him that Raspberry Foundation should make a cheaper variant of its miniature computer instead.

The conversation, according to Upton, took place in 2013 when Google was granting Raspberry Pi Foundation a sum of $1 million to distribute its first device to school children. During the occasion, Schmidt had asked Upton about the organisation's plan for the upcoming months. At the time, as Upton said, the organisation had plans to build a more powerful version of the Raspberry Pi, which would be priced somewhere around $50 (roughly Rs. 3,300) to $60 (roughly Rs. 4,000). Schmidt told Upton that it would be a wrong move to manufacture a higher priced computer.

"I told him we were thinking of making future Raspberry Pi's a little bit more expensive, up at about $50 or $60, and a bit more powerful," Upton told WSJ. "He said it was very hard to compete with cheap. He made a very compelling case. It was a life-changing conversation,"

The suggestion, Upton noted, compelled him to change his original strategy. "The idea was to make a more powerful thing at the same price, and then make a cheaper thing with the same power."

Once completely nascent, the market of miniature computers has grown mature and crowded over the years with big players such as Intel and Asus now also offering mini computers.