LG, apart from launching its Signature OLED TV models, unveiled a new range of intelligent robots at the ongoing CES event in Las Vegas. The South Korean company earlier teased the Hub Robot ahead of CES.

The new Hub Robot features an eye-catching design with the screen impersonating a face. The Hub Robot uses Amazon's Alexa voice recognition technology to do tasks such as play music or the switching the air conditioner. In its teaser ahead of CES, the company had said the Hub Robot would serve as a "smart home gateway and personal assistant", but evidently decided to reword the latter description to "intelligent home notification centre" after media reports began speculating about an Amazon Echo or Google Home style device.

The Hub Robot comes with an interactive display that can show a wide variety of information such as images of contents inside the refrigerator and recipes, complete with step-by-step audio instructions. Additionally, the Hub Robot offers everyday consumer conveniences such as setting alarm, create reminder memos, and provide weather and traffic updates. 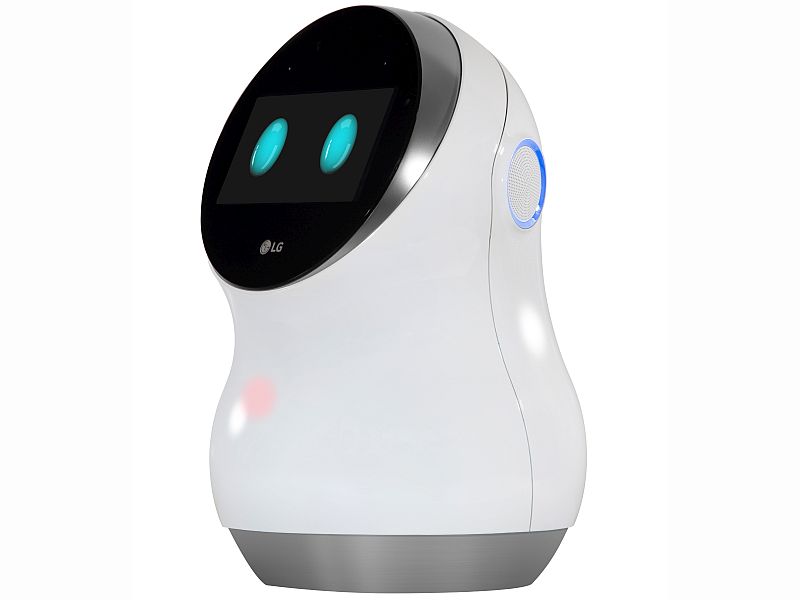 "With its friendly, anthropomorphic design, LG's Hub Robot can interact with the entire family in a variety of different ways. It can move and swivel in place, as well as express a wide range of emotions by displaying a face on its display. The Hub Robot is designed to respond to consumers using body language, such as nodding its head when answering simple questions, and is always aware of activities inside the home, such as when family members leave, come home and go to bed," LG explains in a press statement.

LG at the CES keynote also revealed its plans to expand intelligent robots beyond households. The company revealed Airbots which include an Airport Guide Robot and Airport Cleaning Robot.

Both the robots have been designed to serve their purposes at the airport. The Airport Guide Robot will work as an intelligent information assistant for travellers, answering questions in four languages: English, Chinese, Japanese and Korean. It can also scan passenger's ticket to provide detailed information about flight's boarding time, gate location as well as the weather of the destination city.

LG announced at the event that the Airport Guide Robot will be soon seen at Seoul's Incheon International Airport. The Airport Cleaning Robot, on the other hand, are designed to offer industrial-size cleaning of airports. The robot is "super-sized robot vacuum" featuring large-capacity dust canister as well as multiple brushes and motors. LG also revealed Lawn Mowing Robot for trimming grass accurately.