Kickass Torrents Online Again, in the Form of Clone Sites 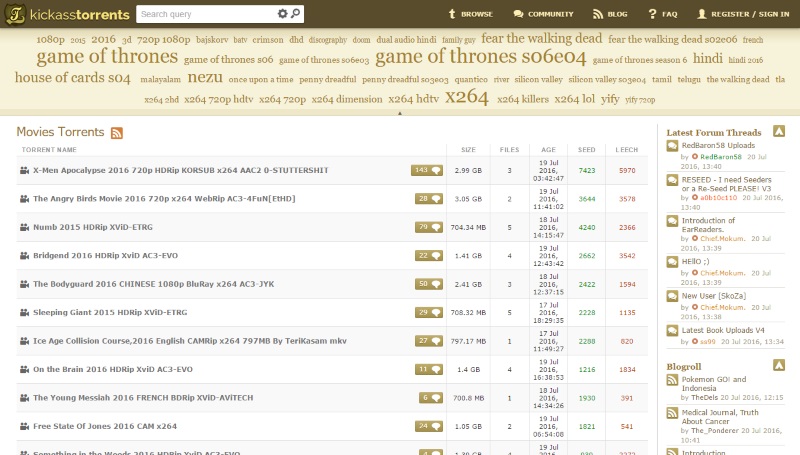 Highlights
There is this thing with pirate sites, just like real pirates, you cannot keep them down for long. On Wednesday, alleged ringleader of torrent website Kickass Torrents, Artem Vaulin was arrested in Poland and the domains of his website were seized, but as expected, the piracy site is available online again in the form of clone sites.

There are multiple clones of the website available online and Verge reports that it has received an emailed statement from the creators of one such clone, named KAT.am, that says that the site is "hosted on multiple cloud servers to prevent blockade, and the hosting information is well hidden behind Cloudflare."

The creators further claimed that they have in fact, improved on the original version of the website by adding a mobile version and further went on to say that "will has the complete torrent database of KAT, including the comments, user information intact," The Verge reports.

In 2014, when piracy site The Pirate Bay was taken down after Swedish police seized website's servers and computers in Stockholm, people expected piracy to die down soon enough, as at the time, The Pirate Bay was one of the most widely-used torrent websites around the world. However, mirror servers and clone sites were able to ensure that the site never actually died and resurfaced in around two months.

On Wednesday, Kickass Torrents alleged leader was hit with US criminal charges that accused the him of distributing over $1 billion (roughly Rs. 6,724 crores) worth of illegally copied movies, music, games, and other content.

Online piracy has received yet another setback but it has already grown to such a level that it is practically impossible to completely eradicate online piracy. It will be interesting to see if online pirates do get discouraged by the arrest of Vaulin and the charges slapped against him or come back even stronger than before.
Comments