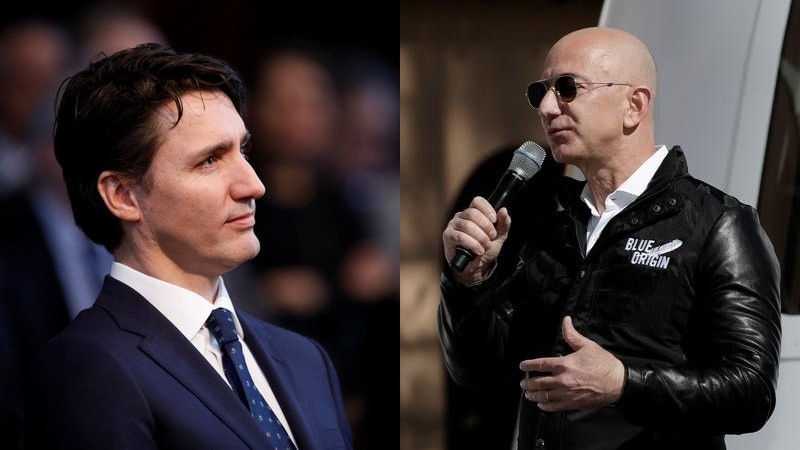 Canadian Prime Minister Justin Trudeau will meet Amazon.com Chief Executive Jeff Bezos on Thursday during a tour of three major US cities this week to bolster support for the North American Free Trade Agreement, which is being renegotiated.

Amazon is in the process of identifying a location to build a massive new second headquarters and has shortlisted 20 cities, including Toronto, the only non-US city to make the list.

Trudeau will meet Bezos in San Francisco, the government said on Wednesday.

During his trip, Trudeau will also meet with other technology executives, including eBay chief executive officer Devin Wenig.

"The point of those meetings is to portray Canada as a good place to invest ... and to explore opportunities related to job growth with those prominent business leaders who may be interested in expanding their operations in Canada," said spokesman Cameron Ahmad.

Ahmad declined to comment specifically on the meeting with Bezos.

Amazon's decision on where to locate its second headquarters is expected this year. The tech giant has promised to invest $5 billion (roughly Rs. 32,100 crores) and create 50,000 jobs in the city it chooses. The 19 US cities on the list include Chicago, Boston and New York.

Trudeau's trip also comes as Canada and Mexico strive to address US demands for NAFTA reform, with the fate of the trade pact uncertain. Last week, Trudeau reiterated a tough stance, saying Canada could walk away if he was not happy with talks to modernize the agreement.

Trudeau is due to give a speech in Chicago on Wednesday to sell the merits of bilateral trade.