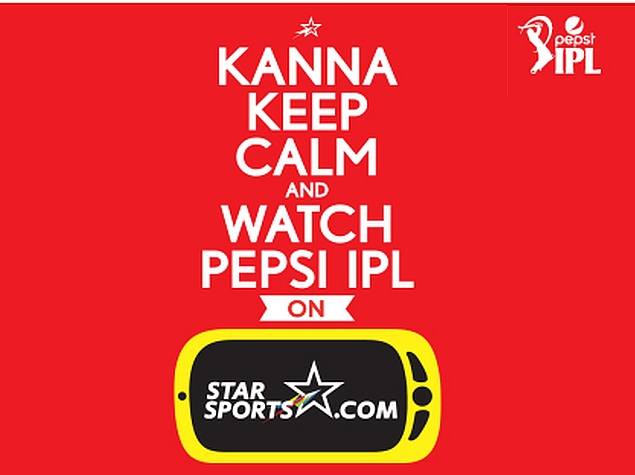 The video streaming of IPL 2014 on starsports.com has garnered unprecedented traction attracting more than a million visitors everyday during the first week of the tournament, claims the broadcaster.

During the period, starsports.com attracted around 47 lakh visitors across Web and mobile delivering just more than a crore of consumer visits. This is unprecedented in the history of Indian Premier League, according to the website.

150 million minutes of video were consumed by users during the first seven matches played in the ongoing IPL, with an average of more than 32 minutes per match, starsports.com added.

Ajit Mohan, EVP and Head, New Media, Star India, said, "IPL 2014 is perhaps a turning point for sports consumption. For the first time, online consumption of sports is becoming about video, video, and video. And, our investment in creating a world class backbone for video delivery is showing up as a significant improvement in the experience for sports fans, especially on a mobile screen."

Since its launch in December 2012, starsports.com has made large scale investments to build a video infrastructure customised for India, where the Internet experience is characterised by a proliferation of mobile devices and where a large number of consumers still have access to low bandwidth.
Comments