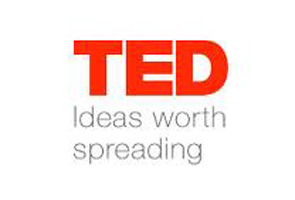 The TED conference, known for taking an innovative look at cutting-edge issues, will delve into whether the Internet is making the world more open or closed at a gathering in Scotland on Monday.

The theme of this year's TED Global will be "radical openness" as talks on and off stage in Edinburgh explore the implications of crowd sourcing, blogs, smartphones and other culture-changing features of the Internet Age.

"Is the world more open or not?" TED Global curator Bruno Giussani asked rhetorically while discussing the concept-shaping presentations and discussions at the coming event.

"You have forces going in both directions; what are the implications for society, governance and us as individuals?"

Specifics of talks at the five-day gathering were kept secret, but the eclectic line-up of speakers ran a gamut from US Navy Admiral and NATO Supreme Commander James Stavridis to Chinese blogger Zhao Jing and singer Macy Gray.

In trademark TED style, each speaker is challenged to give "the talk of their lives" in 18 minutes.

Those slated to take the stage include a bio-fuel guru, the founder of a startup that lets people rent their vehicles to neighbors, a film visual effects maestro, and a musician who became a sensation by turning the Google+ social network video "hangout" sessions into interactive concert venues.

"People who are pushing the boundaries will be looking at the impact of technology and what it changes," Giussani said.

The talks will cover "anything from designing for the bottom of the pyramid -- poor people in developing countries -- to how technology is used by (hacker group) Anonymous or governments," he said.

Talk topics will include a criminologist's study of "future crimes" -- offenses that haven't happened yet -- and the invention of a camera that can see around corners.

Organizers of the prestigious annual conference in California in 2005 launched a global version of the event imbued with a more international mindset and attention to world affairs.

"While the TED conference in California represents the roots and core of TED, TED Global represents the expansion of the wealth of ideas around the world and bringing that community into the conversation," Giussani said.

Issues in play at the conference are expected to include how best to get Internet technologies into the hands of "the next billion people" and whether governments have what it takes to keep pace with Internet-driven change.

"We are certainly not the ones to tell you how the future is going to be," Giussani said with a smile.

"This is about creating the space for collective, creative and constant brainstorming about how we are going to get there."

Technology, Entertainment, Design (TED) conferences started 28 years ago in California as annual enclaves where elite thinkers got together to explore life from challenging or unusual perspectives.

The nonprofit Sapling Foundation behind the conferences began making recordings of talks available online as podcasts in 2006, then began streaming videos free at a TED.com website the following year to reach a global audience.

TED talks have legions of followers on the Internet and have been broadcast on television stations around the world.