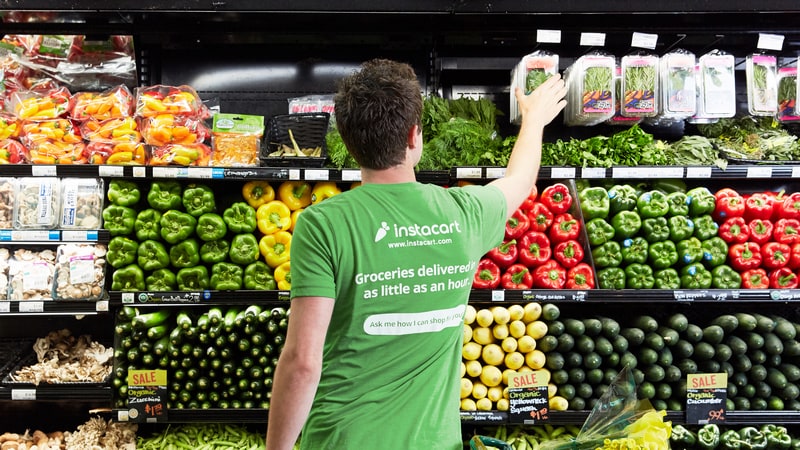 When Amazon.com bought Whole Foods for $13.7 billion (roughly Rs. 1 lakh crores) last year, anyone watching grocery-delivery upstart Instacart was just about ready to stick a fork in it. But the San Francisco-based startup maintained a more optimistic outlook. It said competition from Jeff Bezos's e-commerce behemoth would actually help it grow.

Now, it looks like Instacart may have been right-or at least, the naysayers were wrong. On Tuesday, the company said it had raised $600 million (roughly Rs. 4,400 crores) in new funding, a capstone to a remarkable year. In the last eight months, the startup increased the number of grocery retailers on its platform by 50 percent to 300 and raised close to $1 billion (roughly Rs. 74,000 crores) from investors.

Instacart's latest funding round values the company at $7.6 billion, a significant jump from a valuation of $4.35 billion six months ago. Hedge fund D1 Capital Partners, run by the former Viking Global Investors chief investment officer, Daniel Sundheim, led the round.

Apoorva Mehta, Instacart's chief executive officer, said most of the company's previous two cash injections-$200 million in February and $150 million in April-hasn't been spent yet. Nevertheless, the company took the new funding in order to be more "aggressive" about hiring and marketing, he said.

Instacart's business model is to pay a mix of contractors and employees to pick, pack and deliver shopping bags full of bread, bananas and more-often within a few hours of a customer's order online. Its service is available in at least some cities in all 50 states and in Canada, but many prospective customers still don't know the company exists, Mehta said. "We're planning to invest a lot more in marketing," he said. "We want to make sure more and more people even know about the fact that people can get their groceries online."

It has similarly big plans for hiring. Instacart has been advertising to potential employees on the walls of San Francisco's subway. The ads show families cooking together with taglines, such as "Join our engineering team to deliver moments like these." The company said it plans to double its engineering and product teams by the end of next year, including hiring 300 people at a new engineering office in Toronto. It also wants to hire 300 people for a centre in Atlanta, where workers will answer calls and questions from its 50,000 contract workers.

Instacart is not profitable by standard accounting measures, but a person familiar with the company's finances said that excluding central expenses, such as salaries of headquarters employees and office rent, the business makes money on each order. The person asked not to be identified because the details are private.

The company still faces roadblocks in its quest for online grocery-shopping domination. Instacart could see competition from Uber Technologies, whose CEO recently suggested it would consider expanding its Uber Eats program from meal delivery to grocery delivery. Instacart has also started to see tension within some Whole Foods stores. The retailer used to be a major Instacart partner, but its stores now prioritize Amazon's delivery workers over Instacart's.

Still, Mehta remains excited about what he said is a vast untapped market: "The speed at which grocery shopping will move online is only going to accelerate even more."