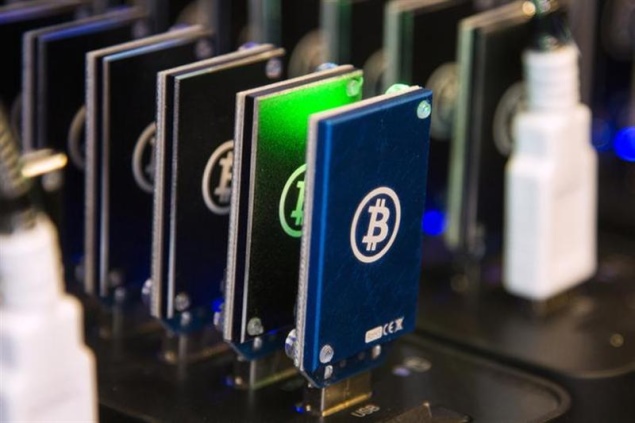 India's biggest Bitcoin trading platform said on its website Friday it had suspended operations after the central bank warned against the risks of using virtual money.

BuySellBitCo.in closed its platform, citing an advisory by the Reserve Bank of India issued on Christmas Eve highlighting the risks of trading in digital currencies.

"We are suspending buy and sell operations until we can outline a clearer framework with which to work," BuySellBitCo.in said on its website, adding the move was "to protect the interest of our customers".

The central bank's warning comes after Bitcoin, which can be stored either virtually or on a user's hard drive and offers a largely anonymous payment system, had begun gaining popularity in India.

The emergence of Bitcoin and other virtual currencies in India has come despite a traditional preference for assets backed by property and other tangible goods.

"There is no underlying or backing of any asset for virtual currencies and as such their value seems to be a matter of speculation," the bank said in its December 24 advisory.

The "huge volatility in the value of virtual currencies has been noticed", it added.

The central bank stopped shy of issuing a ban on Bitcoin or other virtual currencies.

However, because the currencies were not authorised by any monetary authority there was no established recourse for customers in the case of problems, the bank noted.

The move comes weeks after the People's Bank of China ordered financial institutions not to provide Bitcoin-related services and cautioned against its potential use in money-laundering.

Bitcoin was invented in the wake of the global financial crisis by a mysterious computer guru using the pseudonym Satoshi Nakamotoby.

At the last rate posted by BuySellBitCo.in, which was conducting about 12 million rupees worth of Bitcoin transactions monthly, according to Indian media, one Bitcoin was selling for 48,039 rupees ($776).

The dollar worth of a Bitcoin has rocketed from just cents in 2010 to a $1,200 peak in early December, but has since fallen back.

The Reserve Bank of India noted several media reports of the use virtual currencies, including Bitcoins, for unspecified illegal activities in several jurisdictions.

The absence of information around who is trading in the currency could expose users to "unintentional breaches of anti-money laundering and combating the financing of terrorism laws," the bank added.

An end-of-year report by Kaspersky Security Bulletin said there appears "little doubt they (e-currencies) are also popular with cybercriminals, who are looking at ways to evade the law".

It suggested governments may crack down "on the (virtual currency) exchanges in a bid to put a stop to their illicit usage".

Even though India's central bank issued no formal ban on e-currencies, The Hindu newspaper quoted an unnamed senior banking official as saying most virtual currency exchanges in the country saw the RBI advisory as a precursor of a potential clampdown

Apple seeks ban on Samsung phones, tablets in the US
Twitter shares tumble after 'overvalued' warning