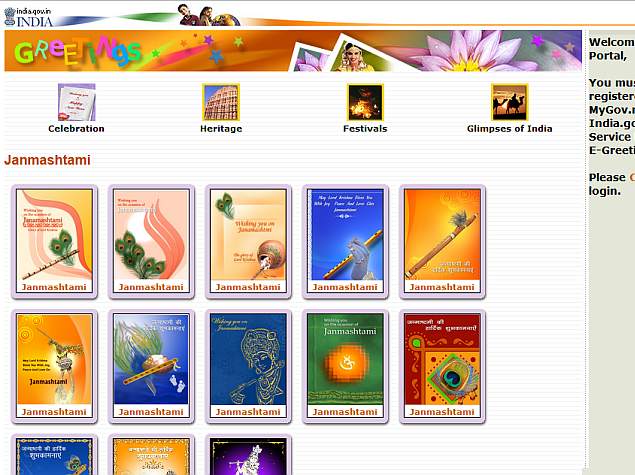 An "e-Greetings Portal" was launched Thursday as part of the government's "Digital India" initiative, an official in New Delhi said.

The objective of the portal is to promote a contemporary and eco-friendly method of sending greetings. It was launched on the eve of the country's 68th Independence Day.

"Launched with creative designs specific to the Independence Day, the designs for other national occasions and festivals are also being developed and will be made available on the portal from time to time," an official statement said.

"e-Greetings portal is unique as most of the creative designs for the Independence Day greetings have been crowd sourced through the recently launched MyGov portal. The campaign was enthusiastically received by MyGov users with 3,572 designs submitted. Nearly twenty selected designs are available on the portal," the statement added.

It added that while the portal was initially developed for government users, it is open to all citizens for sending greetings to their family and friends.