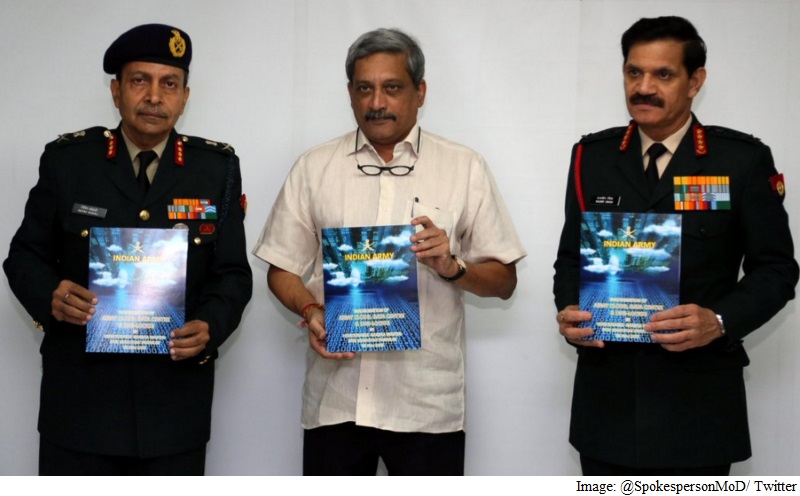 A highly encrypted cloud system of the Indian Army that will store personnel as well operational data, was on Monday inaugurated by Defence Minister Manohar Parrikar in line with the force's plan to be a "digital army".

The 'Army Cloud' includes a central date centre, a near line data centre, both in Delhi and a disaster recovery site for a replication of its critical data along with virtualised servers and storage in an environmentally controlled complex.

This is similar to 'Meghraj', the cloud system of National Informatics Centre, and will provide all information technology infrastructure, including servers for computing, storage, network security equipment centrally for automation of Indian Army.

Army officials said the latest technology in the field has been incorporated in the implementation of the first-ever software defined date centre, wherein all the resources could be provisioned to different applications on the cloud with the click of a button.

Another 'Digital Army Initiative' which was also inaugurated was 'Digi-Locker', provides a secure and exclusive data storage space to all the units and formation headquarters of the army over its dedicated data network.

The digi-locker of the army is similar to e-Locker of Digital India programme and has all the features like digital signatures and watermarking. This is an important step towards implementation of cyber-security as it prelude to carrying of soft copies of data on CDs/DVDs and removable media, the officials said.

They said that the infrastructure and platforms being made available for automation and digitisation will catalyse the pace of digitisation in all branches of the army and is a landmark towards transforming Indian Army from a platform-centric to network-centric force, which would leverage the technology as a force multiplier.