India Post Collects Over Rs. 280 Crores via Cash on Delivery for E-Commerce 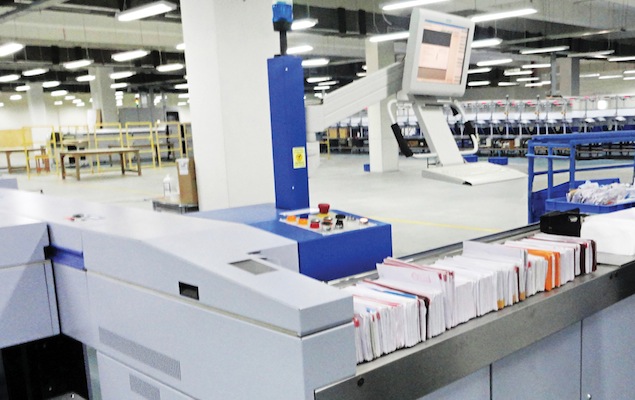 Within a year of joining the e-commerce bandwagon as a distribution channel, government entity India Post has transacted business worth Rs. 280 crores in the Cash-on-Delivery (CoD) segment alone for firms like Flipkart, Snapdeal and Amazon.

While the amount of revenue generated for itself could not be ascertained, government officials said India Post is very keen on developing its e-commerce related services as a major revenue model going ahead.

"India Post collected over Rs. 280 crores from consumers and gave it to e-commerce firms, since CoD facility was started in December 2013. The department with its huge network can serve as the best agency for not just delivering products, but also collecting money," a government official said.

However, this is a small chunk of the overall market size for e-commerce in India, which runs into billions of dollars already and is growing at a fast pace every year.

CoD has emerged as one of the most sought after services for e-commerce entities and 50-75 percent of orders are placed with various online retailers with this payment option, while the remaining opt for credit card or bank payments.

In India, customers tend to prefer CoD as the online payment modes are yet to catch up in many parts of the country while many people are not comfortable with advance payments for products purchased online.

India Post has about 1.55 lakh post offices, making it the world's largest postal network. On an average, a post office serves 21.21 sq km area and about 7,175 people.

Another official said various e-commerce firms have been using India Posts CoD facility since it was introduced. Firms like Flipkart, Snapdeal, Amazon, Shopclues, Naaptol, Telebrands and Homeshop18 are some of them.

India Post has set up booking counters in the premises of some customers like Amazon and Naaptol, while for Snapdeal it is exploring setting up of e-commerce booking kiosks in post office locations.

Communications and IT Minister Ravi Shankar Prasad has also said previously that India Post is best suited to offer delivery services to e-commerce players, given its wide reach across rural, urban and semi-urban areas.

The Minister has directed officials from the Department of Posts to focus on opportunities in e-commerce sector.

India Post is also ramping up its infrastructure to grab a major chunk of the distribution, delivery or logistics, which will touch about USD 9 billion (roughly Rs. 56,016 crores) by 2021.