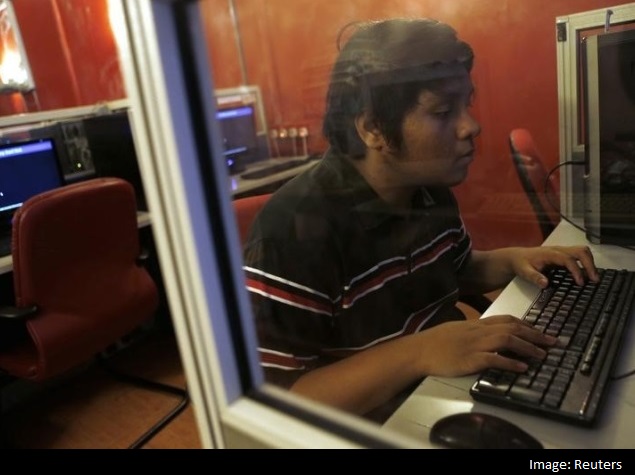 Newspapers are everywhere in India. Print readership, especially of the country's vernacular press, is continuing to rise.

At breakfast tea joints in Indian cities, people sip chai and unfold their broadsheets, which they lay out over older newspapers, used as a tablecloth, before reaching for samosas packed in makeshift to-go bags, themselves fashioned out of folded and stapled newsprint.

Samir Patil, a longtime Indian media entrepreneur, recounted a quote he once heard attributed to Immanuel Kant: "In modern city life, it has been said that the secular ritual of reading the newspaper replaces the morning prayer." While that observation may no longer be valid in much of the West, it is still an apt description of media consumption in India.

Yet, in a juxtaposition typical of India's stratified modernization, growth in digital media is exploding simultaneously, and Patil has spent the better part of the past decade adapting print media into digital successes.

Seven years ago, he bought India's most prominent comic book publisher, whose sales were flagging, and had versions of its books animated and broadcast on the Cartoon Network and the Disney Channel in India. His latest startup, Scroll.in, is part of an emerging batch of online news media in India.

Scroll.in offers analysis and reporting on Indian politics and culture, presented in an infinite scroll format. In the three months following its introduction in January, 1 million unique users visited Scroll.in, more than half of them via smartphones. Advertisers are beginning to line up, and an app is a few months away.

BuzzFeed and The Huffington Post both plan to open offices in India this year.

And The Guardian is studying the potential of a country-focused site, according to a person at the news organization with knowledge of the plans who was not authorized to speak about them publicly. The Guardian Media Group's chief executive said in a recent interview with The Independent that India had "huge potential."

The demographics are favorable. More than 130 million Indians are online every day, mostly on their phones. The group is largely made up of the country's burgeoning middle class, which laps up English-language entertainment on TV and at the box office. Unlike their print counterparts, foreign digital news operations are also more or less unregulated here, with no limits on foreign ownership and control of editorial boards.

"With education rates growing as they are, and with the fact that India's economy will quadruple in the next 10 years," Patil said, "interest in what's going on here is going to become more and more from inside and out."

The newcomers' approaches, while varied, underscore changes that have spread across the industry worldwide. The Indian sites of Quartz, BuzzFeed and Huffington Post will rely on local teams of journalists, rather than foreign correspondents. And partnerships with local news outfits, like Quartz's with Scroll.in, are aimed at appealing to the sensibilities of Indian readers.

Representatives at Quartz India, BuzzFeed and Huffington Post stressed that their sites would be homes for original reporting, and that content generated in India would be of interest to a global audience as well.

Jimmy Soni, managing editor of the Huffington Post, who is of Indian descent and who will be stepping down from his position to start Huffington Post India, said that some of the desire to expand was driven by U.S. readers.

"The recent explosion of interest in Eastern spirituality, and things like yoga and meditation as ways to unplug and recharge, mean more interest in reading about India," he said.

BuzzFeed and Huffington Post run a handful of country-specific sites similar to their U.S. equivalents. In addition to India, BuzzFeed plans to expand in the near future into Germany, Mexico and Japan, and it introduced its Australia page in January. Huffington Post will be opening a Greece-specific site and an Arabic language edition this year, too. Thirty percent of BuzzFeed's readership is outside of the United States, compared with 40 percent of Quartz's and Huffington Post's.

In the lead-up to the launch of Quartz's India effort, the company's main site has increased its coverage of India, which generally consists of short, data-driven analysis of political and economic developments, with catchy headlines like "Why Silicon Valley Has a Stake in India's Elections."

"Lots of business news treats places like India as if they're on the sidelines," said S. Mitra Kalita, Quartz's ideas editor based in New York. "Indian readers don't want to be pigeonholed - they want to read about Bill Gates just as much as they want to read about Narendra Modi, or for that matter, pieces on management skills or juggling work and family." (Modi is India's incoming prime minister.)

BuzzFeed, too, has begun producing its hallmark "listicles" - articles structured as lists - on Indian culture. But Scott Lamb, the company's vice president for international operations, said that until BuzzFeed has a team on the ground in India, its content would naturally remain more general interest in nature.

BuzzFeed's India office, to be located in Mumbai and led by Rega Jha, will have four to five other journalists. Lamb said Mumbai was chosen over Delhi because BuzzFeed sees the world as "comprised of cultural capitals where there's a special mix of art, film, fashion, TV and design," and that for their target audience, "knowing what's going on in popular culture is a pastime."

In seeking local expertise, many entrants have opted to partner with Indian news companies.

Business Insider, which opened an India site in September, teamed up with the country's biggest media conglomerate, the Times of India. In its partnership with Quartz, which Patil characterized as a "soft association," Scroll.in will share some of its writers. By soft association, Patil meant that Scroll.in was not being acquired by or sharing equity with Quartz, nor are they sharing an office space, but they would have a complementary style, content and social media strategy.

Anant Goenka, director of new media at the Indian Express, India's third-largest English daily, said his organization has recently been approached by possible foreign partners. But despite benefits like technology sharing in a country where most newsrooms have little to no Web development and where digital revenues are "growing very encouragingly," those talks have fallen through.

"Most deals haven't involved joint shareholding or any equity for us as India partners, so that's reduced the excitement from our part," he said.

While digital revenues may be growing steadily in India, and the cost per impression for advertisers here is one of the lowest in the world, revenue is comparatively low as advertisers spend very little on digital media ad space.

Nikhil Pahwa, founder of Medianama.com, a website that monitors and analyzes digital media in India, said, "India is a market that delivers very high consumption and usage, but struggles when it comes to being commercially viable."

Both Huffington Post and Quartz India point toward native advertising as perhaps the most practical way of making money in the industry. Native advertising, which is sponsored content made to look like an article, could even be attractive to Indian readers who are used to having to click through ad after ad simply to reach articles on Indian news websites.

Quartz India has signed a deal with General Electric to be a partner upon its introduction, and Patil said he believes this year's sudden maturation in the digital media market will prompt a tide of revenue to help all news sites.

"What we're doing now," he said, "is building a quality audience, for ourselves and for advertisers. And better still, we're training the next generation of journalists in the meantime."

Why Geeks Will Love X-Men: Days of Future Past
4D Printing Research Could Pave the Way for Shape-Changing Materials