India made 321 data requests in first-half of 2013: Microsoft Report 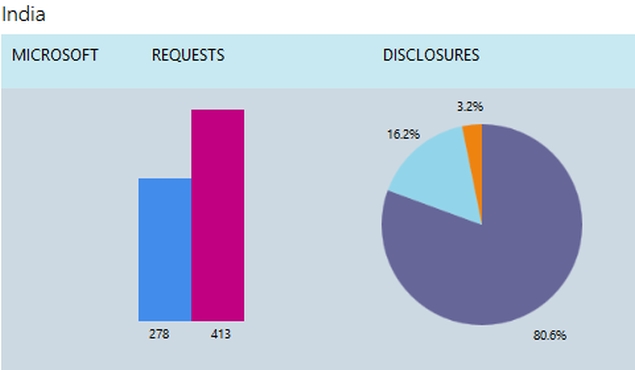 Microsoft has released its second 'Law Enforcement Requests Report', detailing country-based data request numbers received by Microsoft for its online services, including Skype. The report covers the period from January to June 2013.
The Redmond giant mentioned that it was not "currently permitted" to provide details about the type and volume of any US national security requests, (e.g. FISA Orders and FISA Directives). The company has instead been allowed to release only the aggregate volume of National Security Letters they have received, as per government direction.

Microsoft also revealed that 73 percent of all request came from just five countries, namely, France, Germany, Turkey, the United Kingdom, and the US. Specifically for Skype, 70 percent of the requests came from four countries (excluding Turkey from the above list of five).

Speaking about requests for data from the company's enterprise services, Microsoft said they globally received just 19 requests from the US for 48 enterprise e-mail accounts of customers located in the US. In these cases, Microsoft admits to having disclosed customer data for five of these requests, notifying customers in four cases. 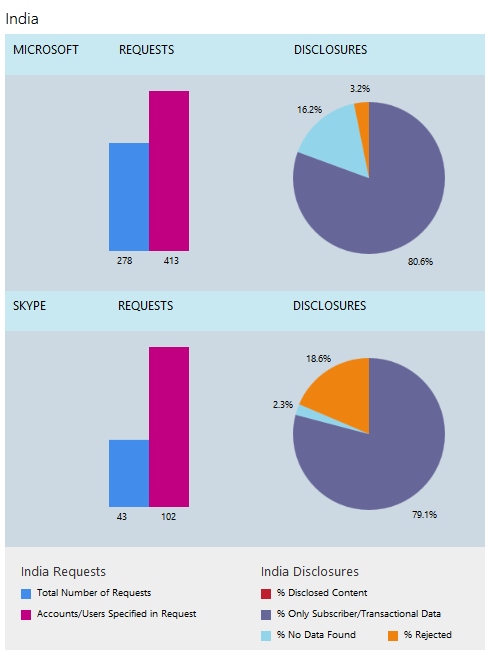